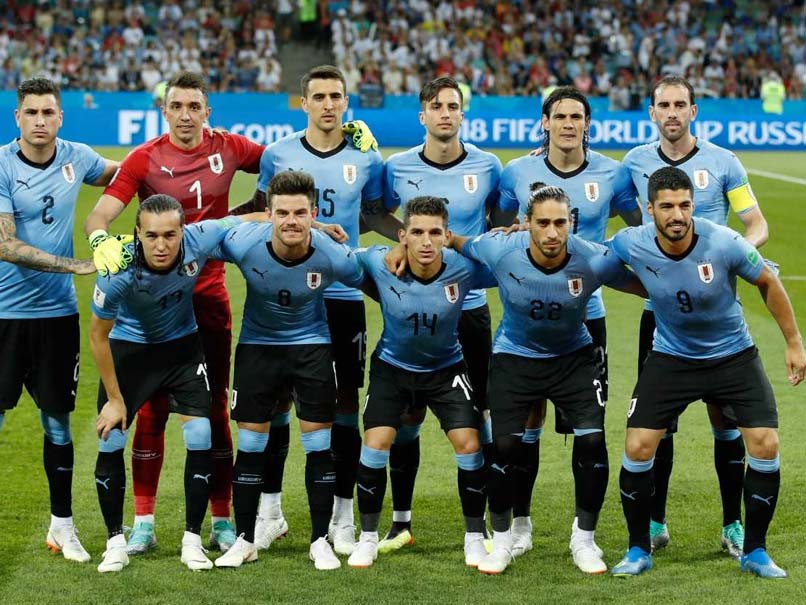 Uruguay striker Edinson Cavani has been ruled out of the World Cup quarter-final tie against France in Nizhny Novgorod on Friday, after losing his battle to recover from injury. Cavani, who has been replaced by Christian Stuani, was listed as “injured” on the official FIFA team sheets after picking a calf muscle strain in the 2-1 win over Portugal in the last 16. The Nizhny Novgorod Stadium will play host to the mouth-watering contest which is being touted as a clash between Uruguay’s steely defence against France’s free-flowing attacking football. Both teams are unbeaten heading into the match of former world champions. While Uruguay have won all their games and have conceded just the one goal so far, France knocked out Argentina in a spectacular Round of 16 clash. The latest of Uruguay’s three meetings with France at a FIFA World Cup took place at South Africa 2010 when the sides played out a goalless draw in Cape Town on June 11 that year. Antoine Griezmann and Lucas Hernandez face off with Atletico Madrid team-mates Diego Godin and Jose Gimenez. (Live Score: Uruguay vs France)

19:25 IST: The players are out in the middle and their respective National Anthems are being played.

19:20 IST: Five players (one Uruguayan, four French) would miss a semi-final for their respective teams if they were booked – and if their side were to reach the final four!

19:20 IST: TRIVIA! France have been knocked out by the eventual champions in each of their last five appearances in the knockout rounds of major tournaments.

19:12 IST: Here’s the team formations of both Uruguay and France. 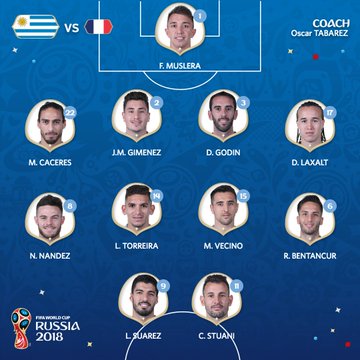 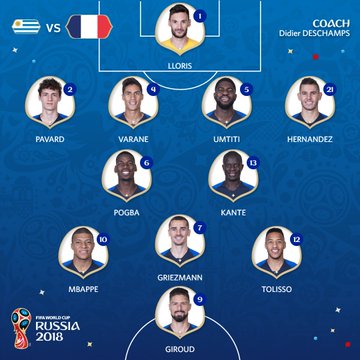 18:50 IST: Striker Edinson Cavani has been ruled out of Uruguay’s World Cup quarter-final tie against France 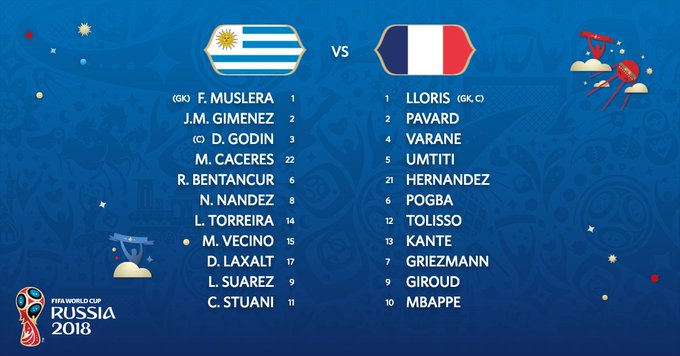 18:10 IST: TRIVIA! France are unbeaten in nine World Cup games against South American opposition, since they were defeated 2-1 by hosts Argentina in 1978.

17:50 IST: Hello and welcome to the first quarter-final match between Uruguay and France straight from the Nizhny Novgorod Stadium.

While Uruguay sweat on the fitness of striker Cavani, it should be remembered that La Celeste’s progress in Russia has been built upon their defence as much as their A-list attack. While France pin their hopes on Mbappe, it is unlikely that the teenage superstar has encountered a defence quite like Uruguay’s. Led by captain Diego Godin, and including Jose Gimenez, Martin Caceres and Diego Laxalt, along with goalkeeper Fernando Muslera, Uruguay’s defence have the joint-best record at the FIFA World Cup 2018.