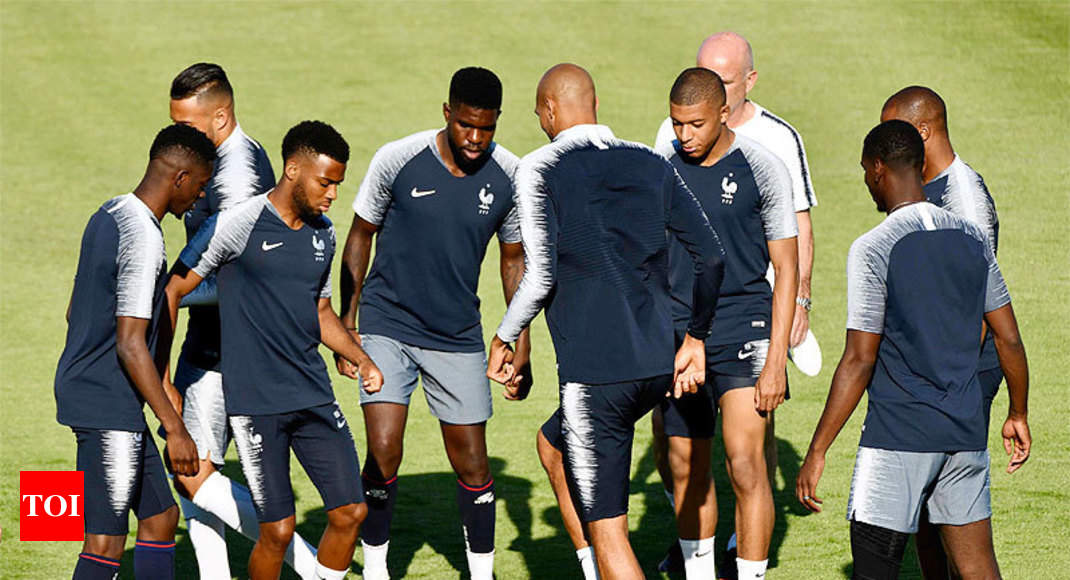 NEW DELHI: Germany may have been knocked out of the World Cup, but that has not stopped former German football captain Lothar Matthaeus from picking his favourite teams to win the title in Russia.

In his column for Times of India, Matthaeus wrote, “The group play phase is over, so it’s time for an interim appraisal of the World Cup. For me there was one really huge surprise which in the end really wasn’t as big a surprise. Of course prior to the tournament I didn’t expect Germany to crash out in the group phase. But after their first two matches it was no longer surprising, only sad. This early elimination was as deserved as the 2014 win. Not a single German player reached his normal form. Most of them had problems to battle, be it exhaustion, age, injuries, lack of self-confidence. This, above all, applies for those who were supposed to be team leaders, such as Jerome Boateng, Thomas Mueller, Sami Khedira or Mesut Ozil. Goalkeeper Manuel Neuer was the only one who performed to expectations. Otherwise nothing was in order with the team, either in the back or upfront. There was no real team spirit.”

“German manager Joachim Loew put a lot of faith in the old proven players and barely brought any of the young, fresh talents we admired last year at the Confederations Cup. And so Germany lacked freshness, pace, and the surprise element. Loew must now ask himself some tough questions, come up with a plan and above all, show the will to build a new team. Looking beyond the Germany issue, overall one can see after the group phase that the so-called smaller nations have caught up. For example, Morocco was, to me, was better than Iran, Portugal and Spain in all three group matches. For the major nations, this World Cup is a warning that they have to be wide awake from the starting whistle,” Matthaeus, who led West Germany to the 1990 FIFA World Cup title win, wrote.

“In the group play, the teams that impressed me most were England, Croatia and Belgium, and to a certain extent Brazil, which possesses some very high individual quality. This especially applies to Neymar, so he shouldn’t find it necessary to provoke others, trying to earn penalties, or rolling over five or six times on the ground after being fouled. He should stop such antics, which might harm him by getting the fans against him and make referees less inclined to blow the whistle when he is fouled. As for Argentina, I’m sticking with my previous opinion: This team is only strong if Lionel Messi comes through with a big performance. He succeeds with the national team only rarely because things are not so well-oiled as at FC Barcelona. I do not believe that Argentina will get very far because their defence has a lot of coordination issues. I think that France will be the end of the road for Argentina,” Matthaeus added.

“What I think will be exciting is Uruguay against Portugal. I said before the tournament that Uruguay will make it to the semifinals. With due regards to Portugal, I have some major doubts. Till now it has been Cristiano Ronaldo and nothing else. If he has a really good day then they might make the quarterfinals. But Uruguay have the edge. This also applies to Spain against hosts Russia, Brazil against Mexico, Croatia against Denmark and Switzerland versus Sweden, although both the Danes and Swedes are physically very strong and well-organised. Colombia has a strong team. Their match against England will certainly be interesting. Japan is the clear outsider against Belgium. I had actually been expecting either Senegal or Nigeria to reach the final 16. Both they just narrowly failed and in Senegal’s case it was a result of the Fairplay rule. This is a shame for the Africans,” Matthaeus concluded.