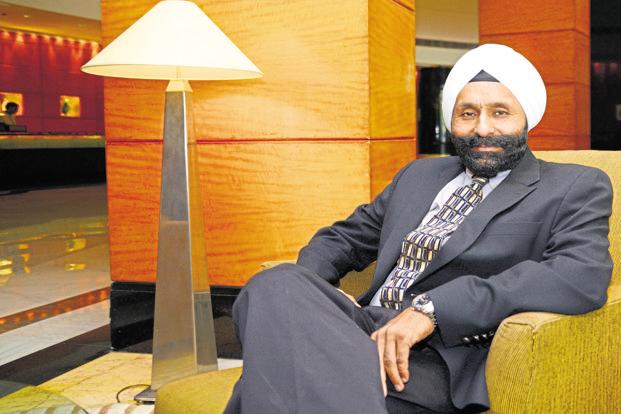 Mumbai: Fortis Healthcare Ltd has been in news for wrong reasons of late, including investigations related to advances made to companies linked to its erstwhile promoters, a financial crunch and allegedly charging exorbitant fees for treating a child. In an interview, chief executive officer (CEO) of the hospital chain Bhavdeep Singh offers some explanations and defends some of the company’s actions. Edited excerpts:

What made you come back to Fortis after a career in retail in the US and in India?

What has been your experience?

The dream has been on pause because I think we have spent far too much time in doing these other things.

What do you mean by other things?

All the investor, promoter piece all the various things that have been happening.

Did you know about these loans made to companies linked to the founders of the company? Did you approve them?

This is a matter under investigation. There are certain things I can’t comment on but I can tell you as and when the management became aware they raised a voice of protest, they were overruled. The report by the law firm has clearly indicated that. Beyond that there are certain things we can’t comment on right now. I think the fact that there was a resistance, there was a strong protest around it and there was an overrule, says a lot. The Luthra report had full access to everything. They have seen everything. It’s a well reputed law firm. If they have said it obviously there is a justification to that statement.

If you were overruled why did you not resign. Will you work with someone who is not ethical knowing it fully?

There are certain things I can’t comment on because it is under investigation. I can tell you that endeavour has always been to do the right thing. Again, the report has clearly indicated and substantiated the fact that there was a resistance around it and it’s documented.

So where did it all go wrong? Did you call anyone for help?

The catalyst for this obviously was group and promoter issues. Whatever issues we are dealing with are all linked to that. We have made a very clean break with the promoters in every way, shape and form. It’s unfortunate, Shivinder built this company but the reality is that was yesterday. There is no connect, there can’t be. This is a different company today, it has to be a different company. We need to move forward. This is no longer that Fortis. It has to be different we have made a clean break we have made an absolute break. We need to move forward.

Also read | Brothers Singh and the squandering of a business empire

Can you tell us who signed the instructions to the bank? Who were the authorised signatories and what was the role of the company secretary?

This is all again part of investigation. It will be premature and highly inappropriate to comment on it.

Why is law firm Luthra & Luthra’s investigation report not in public domain. Why is it a secret document?

In due time they will come out but there is a natural course of justice. Let it take its course.

And this investigation is only by Sebi and SFIO? What about Enforcement Directorate?

Sebi and SFIO is what we are aware of.

What was the salary you came on?

First of all, there was clearly a typographical error which we have clarified subsequent to that.

Do you think it is normal for a company like Fortis to have a “typo” in its annual report?

It’s factually correct and it has been shared with the exchanges. We appreciate you calling it out. It became a bit of a joke but the reality is, there is a typographical error which we have clarified, it’s factually incorrect it’s a typo error. It will be reflected in the annual report that comes out. It’s become a bit of a farce the whole typo thing. But what can I do.

Gurgaon’s Fortis Hospital allegedly overcharged the family of seven-year-old girl Adya Singh who died of dengue. What role did you play as the CEO?

We did a detailed clinical investigation with respect to what happened in the case. Even the government of Haryana in their report clearly said that there was no evidence of medical negligence here and there wasn’t.

What about the exorbitant charges?

After the story broke, there was a lot of noise about the number of gloves and syringes that were used. There was something like 700 gloves used, the reality is the gloves that we used were exactly right. If we hadn’t used them, the headline would have been Fortis practices poor infection control practices. The number of syringes used were exactly right. That’s what should have been done. But it became the topic of dinner conversations.

Are you justifying the fees the family had to pay?

I’m saying that the prices that we charged were consistent with what any private hospital would be charging for such services. The reality is that when you go right outside the office here, there is a guy who sells paranthas. ₹ 40 a parantha, good parantha. I have had. You go across the street: the Taj and you order the Aloo parantha, it’s gonna cost you 500 odd rupees, good parantha. ₹ 40 and ₹ 500, when we go into Taj we recognize the fact that there is a value proposition. The building is nice, the staff is trained, the hygiene conditions, etc., when we come to Fortis or Max, Apollo, Medanta, Manipal the amount of investment that a company makes to put the type of infrastructure that is there it’s quite substantial and significant.

In the deal with IHH, have the key management personnel requested to be retained. Is there any clause in the deal which gives you that protection?

Do you have enough cash?

Cash is a challenge. But we are here, we are still standing. There have been lot of stories that people don’t get paid, etc. We have some challenges with cash but we are surviving and moving forward and I think business is on its way to recovery, assuming that all goes well—and I hope it does—with the investors.