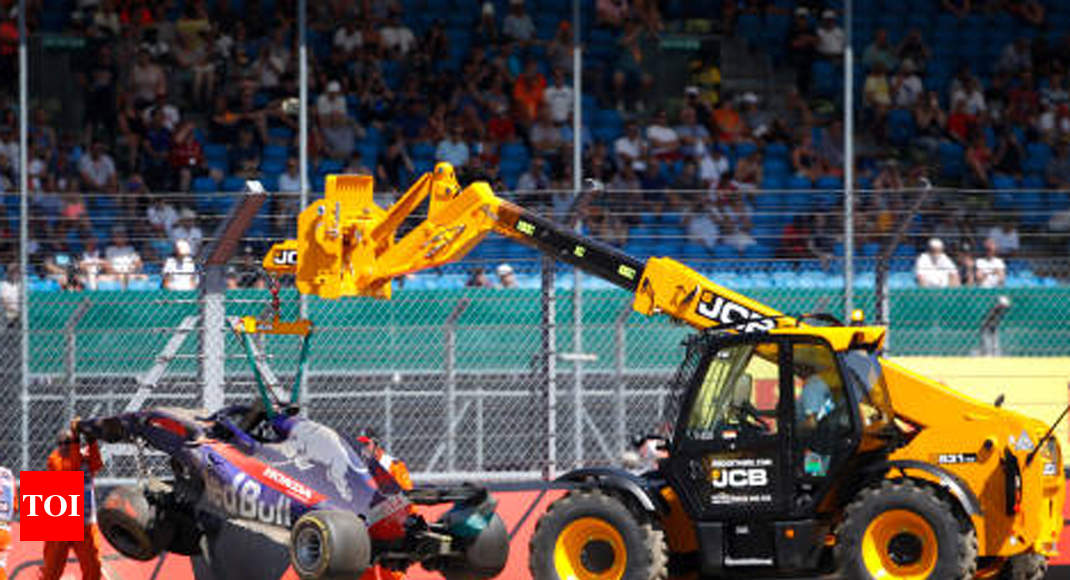 SILVERSTONE: Brendon Hartley escaped unhurt when he crashed at high speed in Saturday’s final practice for the British Grand Prix.

The New Zealander’s Toro Rosso car suffered a front suspension and steering failure at the end of Wellington Straight 14 minutes into the one hour session.

The front left wheel of his car lifted and skewed vertically as the suspension collapsed and he was left without control of the machine as it spun backwards heavily into the barriers.

The session was red-flagged to a stop.

Hartley responded to a question asking “are you ok?” saying “yep, suspension failure.”

A few minutes later, he climbed out of the car and walked away with a medical official.

The front end of his car was wrecked.

The Silverstone circuit is one of the fastest on the F1 calendar.