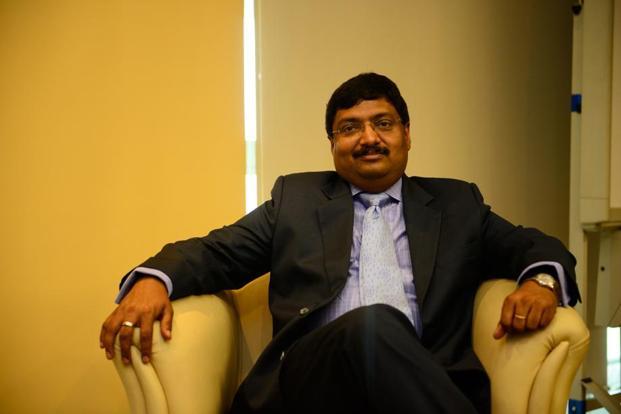 Chokhani Securities has so far raised ₹1,000 crore in the last six months across three tranches. The company, which was acquired by Nath last December, will start lending operations from January 2019. It will focus on select sectors and will target small and medium enterprises.

“The business plan that we have created needed at least ₹750 crore of capital. It is designed around SMEs and only eight select sectors and at a particular price point and ticket size. So for the first few years we want to fund our loan book largely through equity capital and take leverage gradually over a period of time. We are not going to accelerate our leverage very fast,” said Nath.

The latest transaction through the QIP was opened on 10 July and closed on 13 August. “We had raised the last two rounds from institutional investors such as private equity funds and family offices. In this round, we also wanted to bring liquid float in the company, because while we are a listed company, all the shareholding was in the hands of private investors who will hold it for sometime. That’s why we decided to do a QIP,” said Nath. The company allotted shares at a price of ₹140 per share in the QIP. At the close of the day’s trade on Thursday, its share price stood at ₹286.05 apiece on the BSE.

“The demand for the QIP was massive. But we have carefully selected the investor base. We decided to choose investors based on whether they were long-term investors or value-additive. One insurance company participated in the QIP. We wanted to specifically bring in an insurance company as they are great long-term supporters. We have also raised capital from some alternative asset managers and a foreign portfolio investor based in London,” said Nath. In its first round of funding in December, the company had raised around ₹650 crore from private equity investors ADV Partners, NewQuest Capital Partners, Indgrowth Capital and PAG (formerly Pacific Alliance Group).

In May, it had raised ₹220 crore from Samena Capital, EIP Global Fund and family offices of SAR Group, Jaspal Bindra, chairman of Centrum, the Himtsingha family, the Rajani family of Goa and Taparia family office, the erstwhile promoters of Famycare.

“We wanted to diversify shareholding among family offices also, because our business is very sharply sector-focused. So for every sector that we will operate in, I wanted to bring in a family office from that sector, so that we get the market connectivity.”

According to Nath, a listed entity allows for a long-term view on building the business, compared to a private equity-backed unlisted platform, which typically have four- to five-year horizons.

“My view is that the lending businesses can’t be built with a time horizon of 4-5 years. If you are funded by private equity investors and you are unlisted, you are designing yourself to be sold in 4-5 years, as against a 10-15-year view to build the business. The idea was to create an institutional platform, governed, managed and supervised independently and not controlled by anyone.”

A listed entity also allows you to attract talent as you can allot listed stock options, which are easily monetizable, he added.