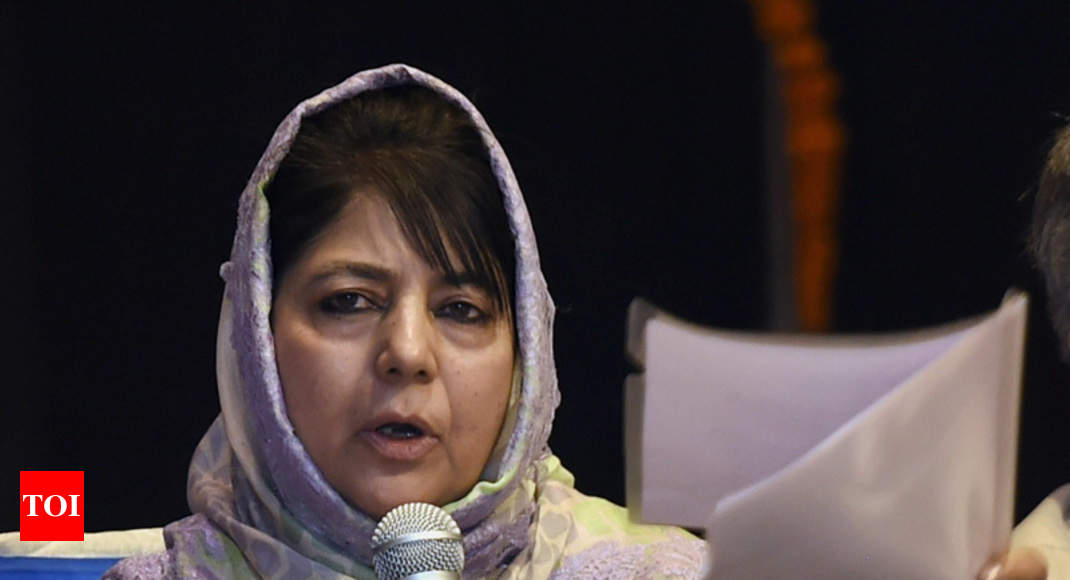 “Mehbooba Mufti not only failed the PDP as a party but also dashed the dreams of her father late Mufti Mohammad Sayeed that he had envisaged,” Imran told PTI.

He accused Mehbooba of nepotism in the party as well as in the PDP-BJP coalition government she headed.

“It had become a family show which was run by brothers, uncles and other relatives. The Peoples Democratic Party has become Family Democratic Party,” he said in an apparent reference to induction of Tasaduq Mufti, a political newbie, as cabinet minister earlier this year and giving key position to Sartaj Madni, Mehbooba’s uncle, in the party.

Farooq Andrabi, another relative of the PDP president, was also a minister for some time.

Imran claimed that he had told Mehbooba several times that these relatives will “make you incompetent” but she paid no heed till the government fell.

“I told her that it has become claustrophobic to be in the party. As she refused to address the concerns, we (Imran Ansari and his uncle Abid Ansari) said our goodbyes to her,” he said.

While Imran Ansari is a PDP MLA from Pattan constituency, his uncle is party MLA from Zadibal segment.

Imran said the family rule should end in the party or else it would be difficult for him to continue in it.

“There is no point for us to continue in this party,” he said, adding that he was not averse to joining any other party which was keen to work for betterment of Jammu and Kashmir and end the “family rule”.

Imran said he was ready for elections any time as he was in the assembly and the cabinet due to the support of the people. “We have not come from the backdoor, we have people’s support. Let there be elections, we are ready,” he added.

His statement comes days after BJP general secretary Ram Madhav’s visit to the valley which many linked with possible efforts to stitch up a coalition, minus Mehbooba and her close confidantes, for government formation in the state.

The state was placed under governor’s rule on June 20 this year, a day after Mehbooba resigned as chief minister following withdrawal by the BJP from the coalition government.

Reacting to Imran’s comments, a senior PDP leader said the move of the Ansaris was expected.

“Imran had met Mehbooba several times in the past two years and asked for a change in portfolio. He was keen on getting Public Works Department or Rural Development but his requests were turned down,” the PDP leader said.

He said Imran had been given key portfolios concerning the educated youth where he could have recharted their future course. “However, he did not seem to be interested in that kind of work,” he said.

Imran was elected from Pattan assembly segment in 2014 assembly polls. His father Moulvi Iftikhar Ansari had joined PDP in 2006 after resigning from the National Conference, which he had joined in 2002 after parting ways with the Congress.