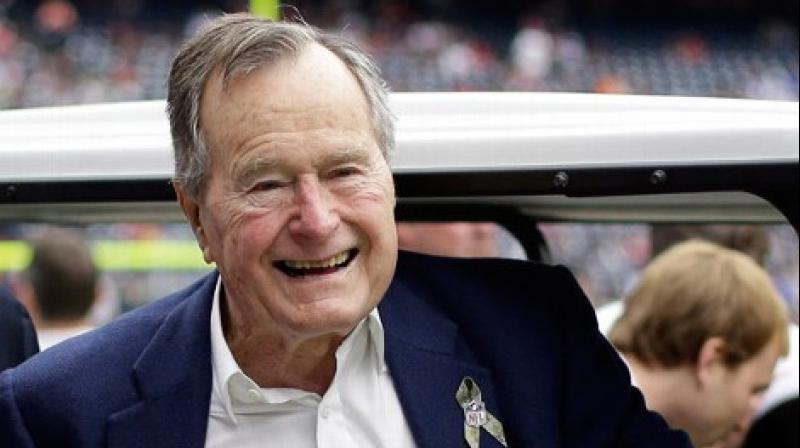 Biddeford (US): A spokesman for former President George H W Bush says the 93-year-old was experiencing low blood pressure and has been hospitalized.

Spokesman Jim McGrath tweeted just after 2 pm on May 27 that Bush will likely remain in the hospital for a few days. Bush is being treated at Southern Maine Health Care in Biddeford.

McGrath said Bush is awake, alert and not in any discomfort. A hospital spokeswoman said on Sunday that all information would be released by the Bush family.

The 41st president is spending the summer at the family compound in Kennebunkport. He attended a pancake breakfast on Saturday at the local American Legion.

Bush’s wife of 73 years, Barbara, died last month. The day after his wife’s funeral, Bush was hospitalized in Houston for an infection for 13 days.