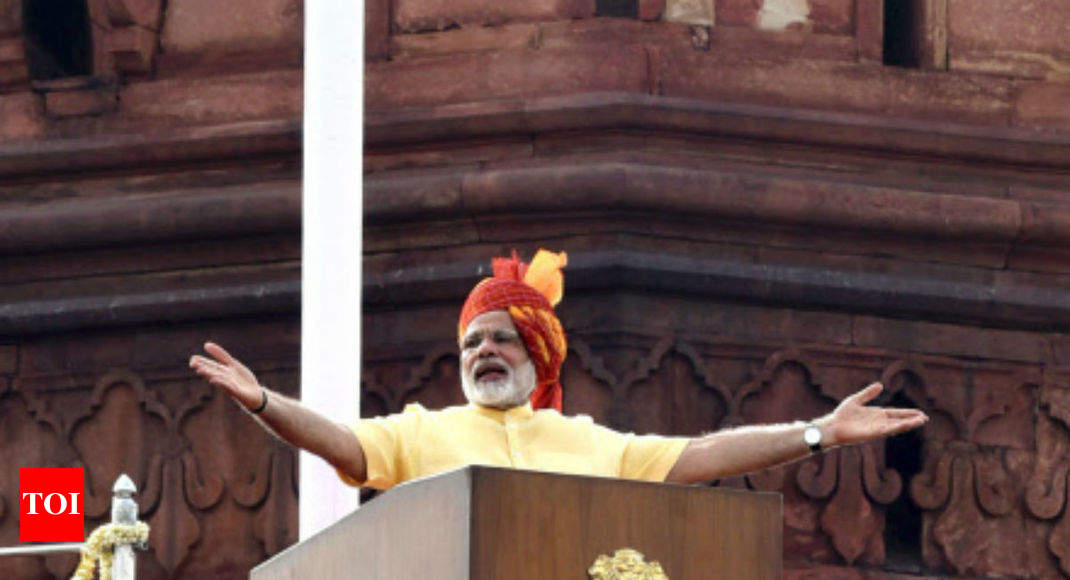 NEW DELHI: On August 15, if you log onto the world wide web and type Google, one of the things the search engine will throw up is the live telecast of PM Narendra Modi’s Independence Day speech delivered from the ramparts of the Red Fort.

In a first-of-its-kind digital drive to increase viewership, public broadcaster Prasar Bharati has tied up with Google and YouTube to telecast live the Independence Day programme, online. The live telecast screen embedded on the search engine’s home page, is aimed at grabbing more eyeballs for events that are already regarded as ‘high viewership’ programmes. Google first used this facility to telecast the inauguration ceremony of US President Trump.

Speaking to TOI, Prasar Bharati CEO Shashi Shekhar Vempati said, “As a part of our efforts to… increase our digital presence, we also decided to tie up with Google and YouTube for live telecast of the I-Day programme, online.”

The Independence Day programme’s digital debut will coincide with Doordarshan anchors introducing the event from the Red Fort — a first — instead of doing it from inside their studios. Doordarshan will depute anchors and station 22 high definition cameras at Red Fort and four at Raj Ghat for the coverage. Doordarshan will also translate the PM’s speech in over 20 regional languages, telecast of which will be done later in the day on August 15.

As a build up to the speech, Prasar Bharati will telecast a song by Shankar Mahadevan, focusing on what Independence Day means for India.