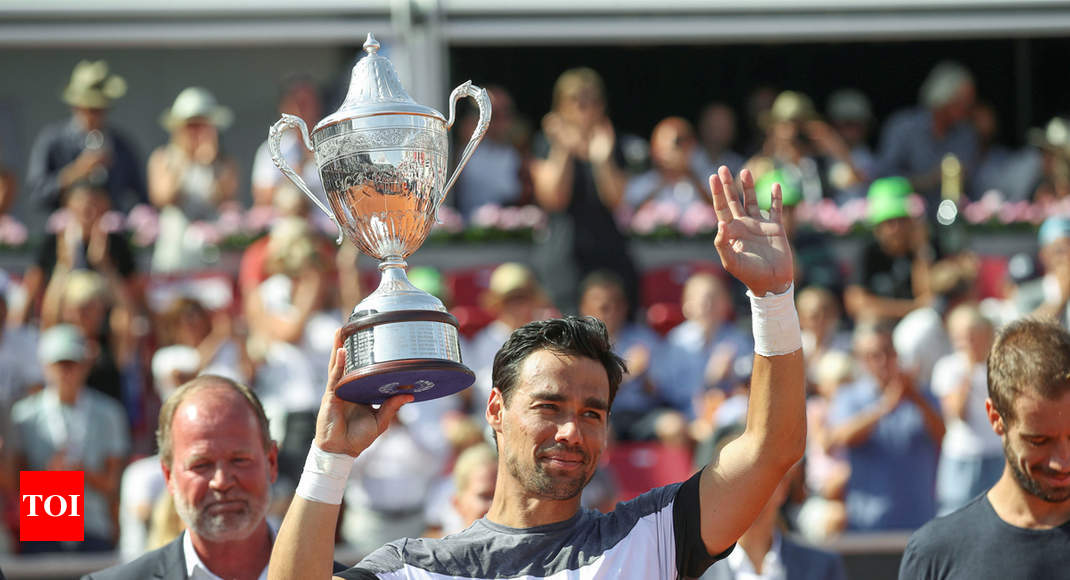 It is the 31-year-old Fognini’s eighth  Tour victory but his first on hardcourts after previously winning only on clay.

The win helps validate a career best season for Fognini as this is his third title of 2018 to go with wins in Sao Paulo and Bastad.

He is projected to rise one spot in the new world rankings on Monday to No. 14.

Del Potro had won their only previous meeting in 2015 in Sydney, Australia and was going for his second title in Mexico this year. He also won a tournament in Acapulco.

After dropping the first three games, Fognini fought back and used his forehand to push Argentina’s Del Potro behind the baseline.

Del Potro started to come unglued and Fognini was returning everything into play as he went on to win 12 of the final 15 games of the match.