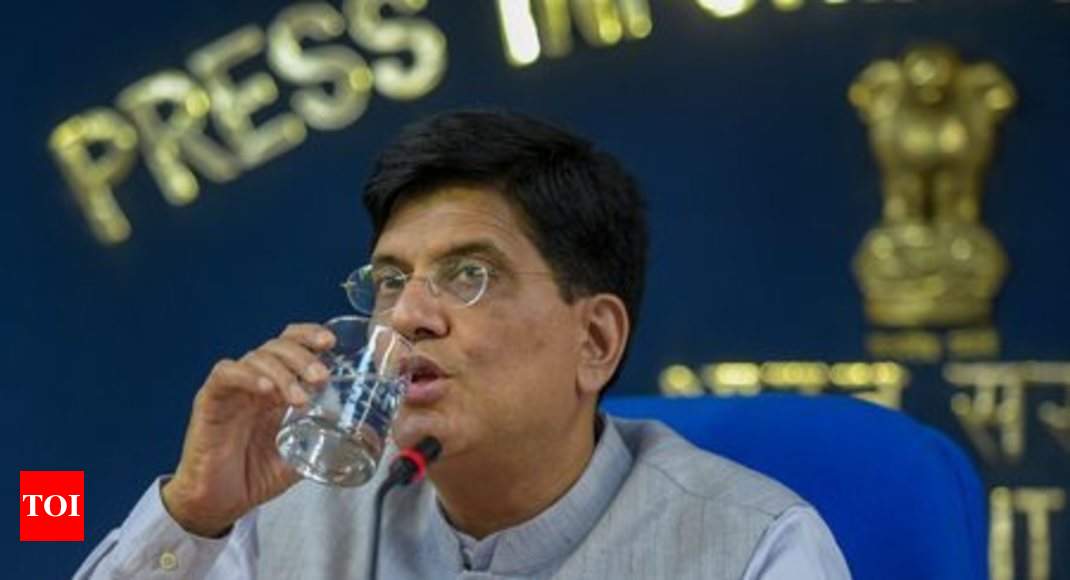 NEW DELHI: Finance minister Piyush Goyal will meet heads of banks on Thursday to discuss an inter-lender structure suggested under the ‘Project Sashakat’ that intends to speed up resolution of stressed assets in the banking system.

The meeting is likely to formalise the inter-creditor agreement structure as suggested in the five-pronged ‘Project Sashakat’, sources said.

The meeting has been organised by Indian Banks Association (IBA) and inter creditor agreement would be the framework under which the consortium would take up NPA cases.

As part of the framework independent screening committee of eminent personalities would be appointed by IBA to validate due process within maximum 30 days and the resolution would proceed if lenders holding 66 per cent of debt give their nod in line with the NCLT process.

Once the resolution plan is approved, the lead bank would be responsible to execute the plan.

There are about 200 accounts, each of which owes more than Rs 500 crore to banks. Their total exposure is about Rs 3.1 lakh crore.

Giving details, Goyal had said under this approach, independent asset management companies would be set up. AIF would raise funds from institutional investors.

The AMC, to be set up under AIF framework, will become a market maker and thereby ensuring healthy competition, fair price and cash recovery, the minister had said.