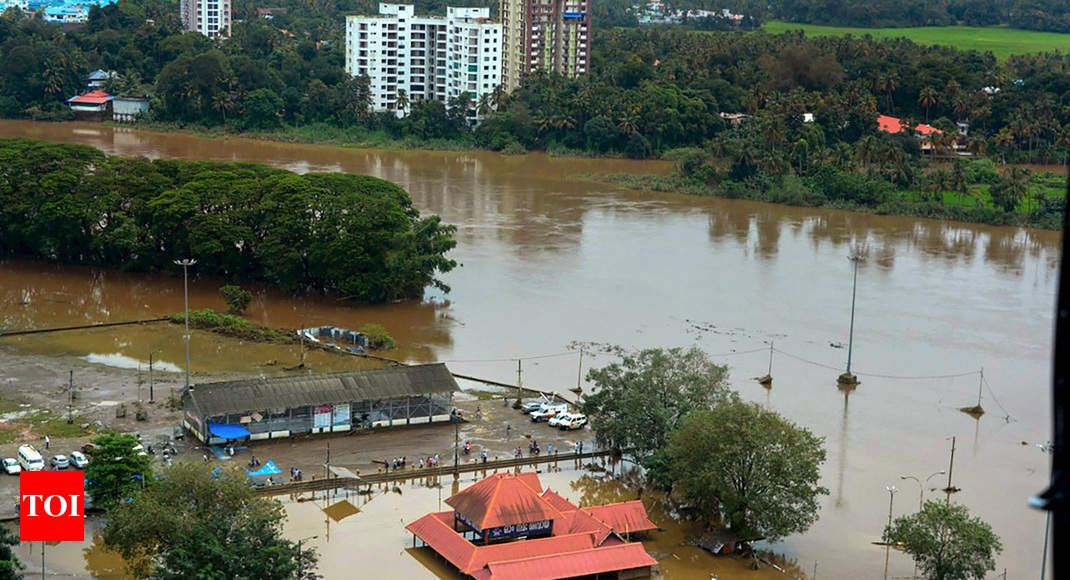 The central minister had earlier conducted an aerial survey of the flood ravaged Idukki and Ernakulam districts.

“As it requires more time to make a detailed assessment of the damage that has been caused, we require an immediate assistance of Rs 1,220 crore from the National Disaster Relief Fund,” said Vijayan’s memorandum.

The chief minister has pointed out that this round of calamity comes close on the heels of the damages that was caused due to the heavy rains last month and for that a sum of Rs 820 crore was already cleared by the central team.

“…taking into the grievous situation now prevailing, there should be a more liberal approach when deciding the rates of compensation,” added Vijayan.

The memorandum states that since Thursday till Sunday 37 people died while five others have been reported missing.

Rajnath Singh told the media that the state has witnessed the worst ever situation since 1924 and there has been all round damage caused to crops, homes, properties besides tourism activities and the lives of one lakh people have been affected.

The minister said that considering the grave situation, “I have made an immediate release of Rs 100 crore” and a new central team would be sent soon for the assessment of the damages.

Rajnath Singh also met a delegation of the Congress-led opposition besides leaders from his party also.