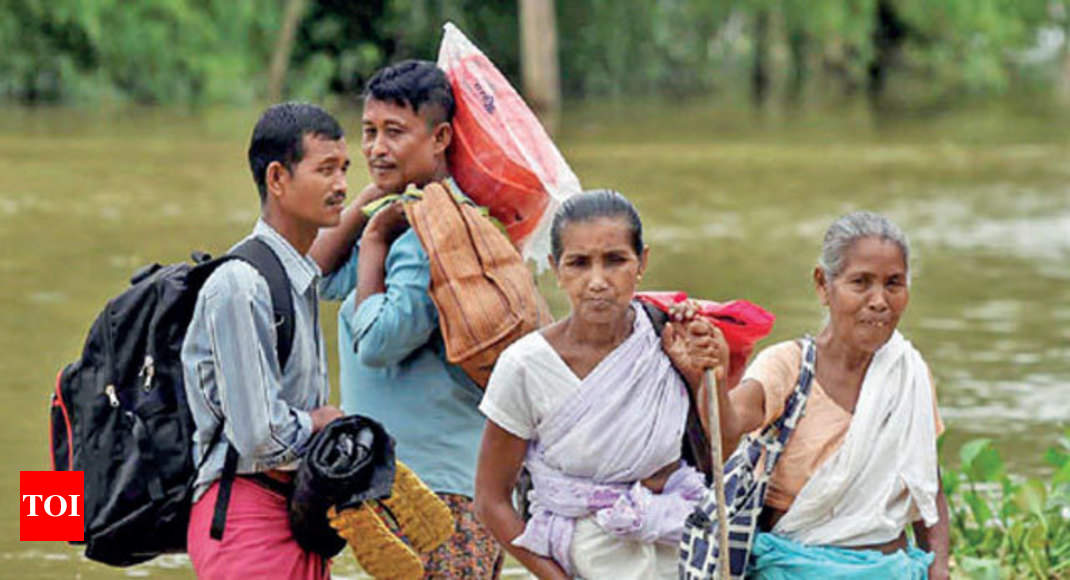 GUWAHATI: Assam on Thursday said that due to floods, it will not be able to meet Supreme Court’s June 30 deadline to bring out the remaining National Register (NRC) of Citizens draft.

“It’s not possible to publish the remaining draft of the NRC on June 30 since the floods have affected our work in Barak Valley, West Karbi Anglong and Hojai. We lost eight to 10 working days and won’t be possible to make up for the delay before June 30,” NRC coordinator Prateek Hajela told reporters.

The Supreme Court is monitoring the NRC process and had set a deadline of June 30 for the NRC draft. The new date may be announced on July 2 when Supreme Court hears the case. A partial first draft of NRC was published on December 31, 2017.

The flood situation in Assam, especially Barak Valley, has cast a shadow on the completion of NRC work and publication of the final draft on June 30, a state government statement said. Three districts of Barak Valley — Hailakandi, Karimganj and Cachar – remained worst hit by the flood, affecting nearly 8.5 lakh people. In the three districts, work at nearly 90 NRC Seva Kendras (NSKs) has been hit. Apart from the Barak Valley, floods have also affected NRC work in Hojai and Karbi Anglong districts.

“Almost all NRC work at this point is NSKcentric, particularly data entry operations. If NSKs get affected, it hampers our progress,” said an official in Hailakandi.

In the run up to NRC publication, Centre is deploying 100 additional companies of CRPF which includes six Rapid Action Force companies.