Categorized as
118
Tagged as
Amazon had pumped in ₹ 2Flipkart and Amazon is a clear indicator that momentum in the $18 billion e-commerce marketFlipkart has beaten rival Amazon India during the Diwali sale.Kalyan Krishnamurthy
Related 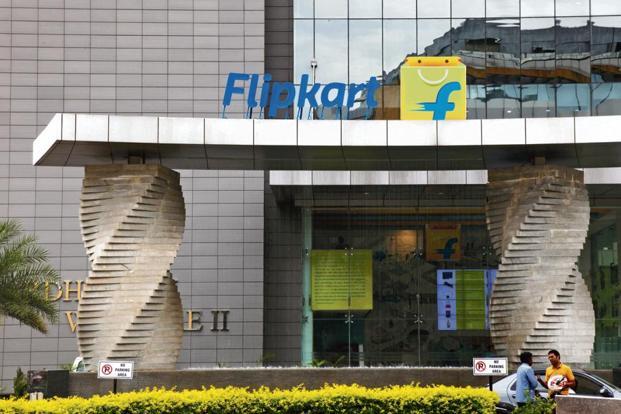 Over the past two years, Flipkart has beaten rival Amazon India during the Diwali sale. Photo: Mint

Bengaluru: Flipkart is targeting sales of $1.5-1.7 billion in its annual Big Billion Days sale, nearly double of what it did last year, three people aware of the online retailer’s plans said. Flipkart CEO Kalyan Krishnamurthy has set aggressive targets for his top lieutenants overseeing key businesses such as smartphones, fashion and large appliances, the people mentioned above said, requesting anonymity. The projected target also takes into account sales from fashion retailers Myntra and Jabong, both owned by Flipkart.

Flipkart typically generates most of its business during Big Billion Days from high-value categories such as smartphones and large appliances.

The company did not immediately respond to an email seeking comment.

The people mentioned above added that the targets might be revised right before Big Billion Days, likely to be held in October.

The sales push comes at a time when the online retail market has witnessed a pickup.

Mint reported on Wednesday that the growth at Flipkart and Amazon is a clear indicator that momentum in the $18 billion e-commerce market has accelerated after a revival in the second half of last year. In 2016, e-commerce expansion had slowed sharply.

The strong showing by the two companies so far this year was primarily driven by multiple sale events that offer big discounts on smartphones, televisions, clothing and other products.

The e-commerce market is widely expected to continue accelerating over the next few quarters because of faster internet connections, increasing familiarity with online shopping among consumers and heavy investments by Flipkart and Amazon on discounting, advertising and supply-chain expansion.

For Flipkart, the Big Billion Days sale is by far the most important event on its annual calendar and the online retailer typically channels all its resources behind the Diwali sale. Under Krishnamurthy, Flipkart has been even more aggressively chasing growth from Big Billion Days, as the company views it as a springboard of sorts that sets the momentum for the next few quarters.

Flipkart typically starts preparing for Big Billion Days as early as May, ramping up logistics and inventory, hiring thousands of temporary workers and upgrading the technology that runs its marketplace.

Over the past two years, Flipkart has beaten rival Amazon India during the Diwali sale.

Amazon is also leaving no stone unturned in its effort to win the festive season sale face-off with its own flagship five-day Great Indian Festival sale.

Mint reported on Tuesday that Amazon had pumped in ₹ 2,700 crore (nearly $386 million) into its Indian business, bringing its total investment in India to roughly $4 billion at least till date.

Amazon India typically boasts of a greater assortment of products during the festive sale. Flipkart, on the other hand, focuses more on putting together a compelling collection of exclusive brands and products for such sale events.