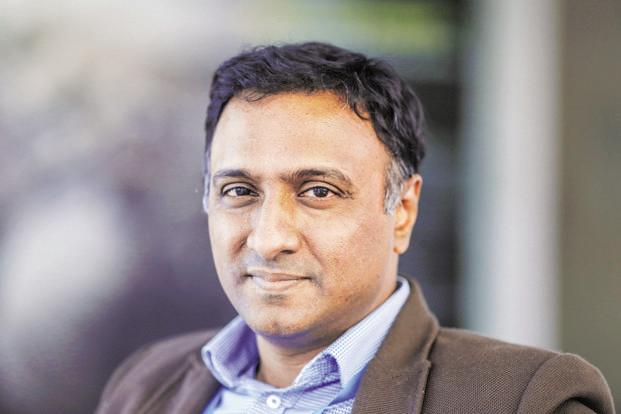 CEO Kalyan Krishnamurthy says Flipkart would not shy away from making big, bold acquisitions to boost its own offerings. Photo: Bloomberg

Bengaluru: India’s largest e-commerce firm Flipkart has acquired artificial intelligence (AI) startup Liv.ai, which has built a platform that translates speech to text in 10 Indian languages . The acquisition comes at a time when large online retail firms are doubling down and investing heavily on getting access to the next 100 million Internet users in tier-2 and tier-3 cities and towns across India.

In an interview earlier today, Flipkart chief executive Kalyan Krishnamurthy said Flipkart would continue to invest heavily on new technologies, especially in areas such as artificial intelligence and machine learning, and indicated that the online retailer would not shy away from making big, bold acquisitions to boost its own offerings.

“We will not just consider it, we will chase it down,” said Krishnamurthy, when asked about further technology acquisitions that can be integrated within Flipkart.

After the acquisition is completed, Liv.ai will be integrated into Flipkart Center of Excellence for Voice Solutions, as it looks to leverage the startup’s technology and build its capabilities around so-called conversational shopping.

“E-commerce in India has been a hard journey. It was not an organic and natural evolution. The evolution has been harder than countries like China…. This acquisition will solve problems for the next 100-200 million users, the users who prefer voice and local native language. Those two come together and that’s what this acquisition is all about,” Krishnamurthy told Mint.

Krishnamurthy said Liv.ai’s technology can be potentially used in multiple areas such as transactions, payments, customer support, to interact with sellers on its marketplace and in its logistics arm, eKart.

“This is a first-of-its-kind sort of technology coming out of India. So, for us, it makes sense to acquire a technology like that,” Krishnamurthy said.

For Flipkart, this buyout is crucial as it potentially helps the online retailer overcome the language barrier problem, an issue faced by most leading consumer internet companies.

Flipkart’s arch-rival Amazon.com Inc. has also bet on voice and speech-recognition technology globally and come out with new offerings in the form of AI-powered virtual assistant Alexa.

Founded in 2015 by former IIT graduates Subodh Kumar, Sanjeev Kumar and Kishore Mundra, Liv.ai is one of a handful of startups to build technology that converts speech to text in 10 Indian languages that include Hindi, Bengali, Punjabi, Marathi, Gujarati, Kannada, Tamil, Telugu and Malayalam. Prior to being sold to Flipkart, the startup had raised funding from investors such as Astrac Ventures.