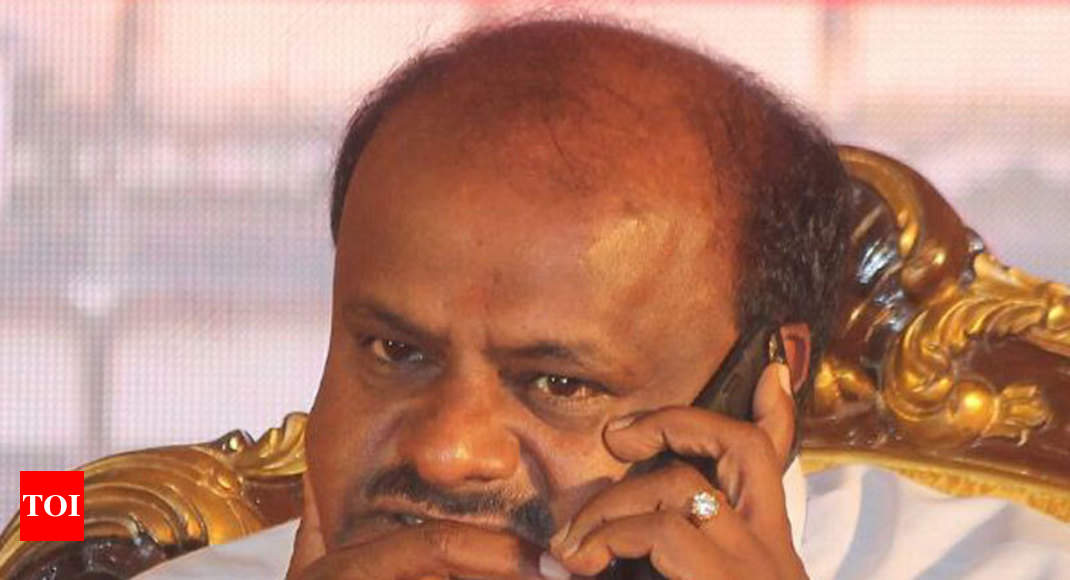 BENGALURU: The farm loan waiver scheme being worked out by the HD Kumaraswamy government may have no justification economically, but makes a lot of sense politically, at least for the parties.

In Karnataka, the Congress, BJP and JD(S) were in the race to woo farmers, believed to cut across caste lines and comprise 70% of the electorate, in the run-up to the May 12 assembly elections. While the Siddaramaiah-led government doled out a scheme to waive loans up to Rs 50,000 availed by farmers from cooperative banks, BJP promised it would write off loans up to Rs 1 lakh pending in scheduled and commercial banks. The JD(S), in a bid to edge out both the Congress and BJP, promised to remove the cap on loans and waive up to Rs 53,000 crore.

The JD(S) is now realizing that waiving loans is easier said than done. Yet, Kumaraswamy has plunged headlong into the task. TOI lists out five reasons why the JD(S) has chosen the time-tested path of loan waiver ahead of polls, and why the government wants to stick to it.

The JD(S) has all along sought to position itself as a party of farmers. Under pressure in the run-up to the assembly polls as both the Congress and BJP were a little quick in playing the trump card of loan waiver, the JD(S) think-tank went the extra mile and announced that the party would waive all kinds of farm loans, without a cap. Experts observe that the party, with its limited support base in South Karnataka, was not sure of coming to power and offered the moon without thinking about the consequences. With the party heading the coalition government, the JD(S) is now bound to keep its word.

Generally seen as a Vokkaliga party, the JD(S) seems to have found in the loan waiver a chance to consolidate support among Lingayats, who account for 18% of the state’s electorate. According to Kumaraswamy, farmers from North Karnataka will be the main beneficiaries of his government’s scheme, under which Rs 7,000 crore will go to Belagavi, and Rs 6,000 crore to Bagalkot and Vijayapura where Lingayat farmers are in a majority. Mandya and Hassan, the stronghold of JD(S), will only get Rs 1,500 crore and Rs 1,300 crore, respectively.

Loan waiver was the watchword in the just-concluded election season, since the state had seen three drought years on the trot, followed by untimely rain towards the end of the last kharif season. A raft of farmer suicides had shaken the sector. Parties could not ignore the distressed farm sector in their scheme of things, and the JD(S) just followed suit.

Congress leaders believe the UPA managed to come back to power at the Centre in 2008 mainly because of its ‘mother of all farm loan waiver schemes’. The Manmohan Singh government had doled out a Rs 60,000-crore package just before the 2008 general elections. Since then, many state governments and parties have been resorting to loan waiver promises. The schemes implemented by Uttar Pradesh, Punjab, Maharashtra, Rajasthan and other states set the tone for the Karnataka elections.

Kumaraswamy, handling the finance portfolio for the first time, sees an opportunity to prove his acumen in implementing his party’s promise to waive loans even as he ensures the fiscal health of the state. With his bete noire Siddaramaiah, who flaunts his credentials of presenting 13 budgets, questioning the propriety of presenting a fresh budget when he has already presented one for the current financial year, Kumaraswamy now has a point to prove.