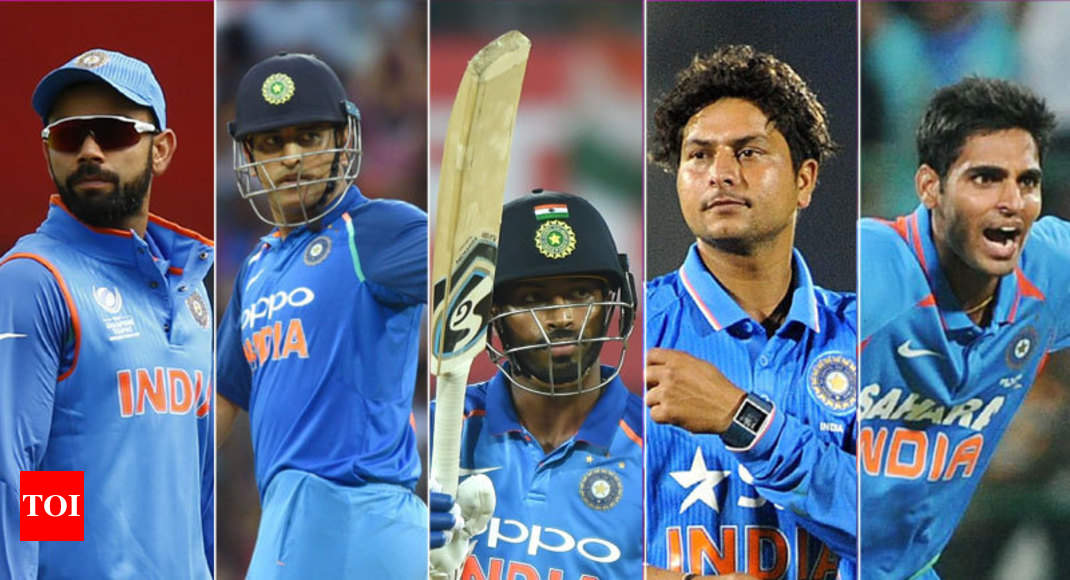 MANCHESTER: India’s all-conquering cricketers kick off a crunch tour of England on Tuesday with the first Twenty20 against a host side firing on all cylinders, in the one-day format at least.

Ahead of the tour — which includes three T20s, three one-day internationals and five Tests — here are five impact players looking to bring the world’s top ranked ODI side back to earth.

Whatever the format, India’s steely skipper Virat Kohli, 29, is one of the sport’s most prolific run-scorers, smashing 455 runs in 11 limited overs matches in the 2017-18 season.

However his last tour of England in 2014 was an uncharacteristic blip, struggling against seam and swing to manage just 134 runs in 10 innings as the tourists went down 1-3 in the Tests.

“I think lot of people have held on to the last tour of England for too long,” assures “King Kohli”, as he is known, India’s cricketer of the year in 2017 for the fifth time.

He might be long in the tooth at 36 but wicketkeeper-batsman Mahendra Singh Dhoni is a rock, helping India become the world’s number one ranking Test side.

He’s also a classy one-day finisher, with 882 ODI runs under his belt in England from 25 games.

He led Chennai Super Kings to their third Indian Premier League title in May, but this tour could determine whether he will still make the grade for the 2019 World Cup in England and Wales.

England’s Jos Buttler showed his respect when he credited his scintillating recent knock against Australia — sealing a 5-0 whitewash — to channeling his inner Dhoni.

“I probably imagined what MS Dhoni would do. Look unflustered and look calm and try not to panic,” Buttler said.

Compared with Indian legend Kapil Dev at the start of his career, Pandya has however had a bumpy international ride since his Twenty20 debut in January 2016.

He announced his Test arrival with a debut century in Sri Lanka and has slowly won favour with bat and ball, his fiery bowling picking up 65 limited-overs wickets.

“He definitely has a lot of talent, he has shown it in the first Test but I believe he needs to work on the mental aspect,” the mighty Dev has pronounced.

Rising star Kuldeep Yadav, 23, has bamboozled many top batsmen in his short career and Kohli sees him and fellow spinner Yuzvendra Chahal as having the necessary “X-factor” to skittle England’s batsmen.

In the last year, the left-arm wrist spinner has taken 39 wickets in 20 one-day internationals and has forged an effective combination with Chahal.

Yadav is already a household name with just two Tests and 20 ODIs to his name. Last week he laid down his marker with a match-winning and career-best 4-21 in the first T20 against Ireland.

The tour had “started well,” said Yadav, but added: “England are playing good cricket and it will be challenging for me.”

Pace spearhead Bhuvneshwar Kumar may well be a genuine threat in seaming English conditions with the ability to outfox the batsman with swing and control.

Kumar, who got the legendary Sachin Tendulkar out for his first duck in domestic cricket as a 19-year-old, has bagged 126 wickets in ODI and T20s.

Tendulkar recently termed India’s pace attack as the “most complete” in many years.

“We have the luxury where we have a swing bowler (Kumar), a tall bowler (Ishant Sharma), a skiddy bowler (Jasprit Bumrah) and a genuine quick bowler (Umesh Yadav),” Tendulkar was quoted as saying.