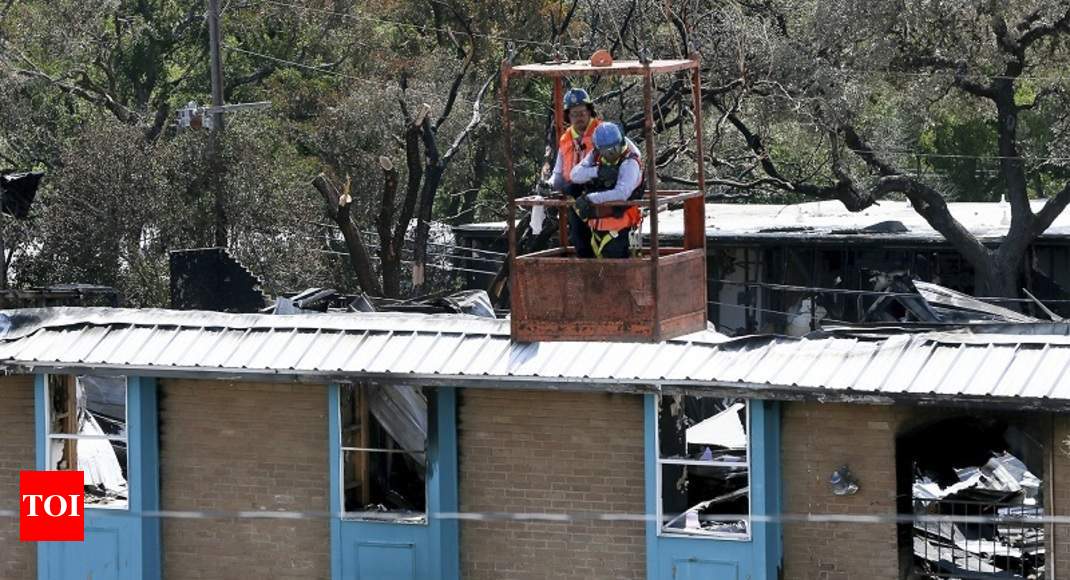 ZEPHYR (Texas): Fire officials say a grass fire “burned through” a dynamite storage plant, prompting the evacuation of a tiny West Texas community, but that the explosives were untouched.

Some 200 residents were evacuated from Zephyr around 6 p.m. Monday when the fire neared the Orica plant.

Clay Bales, a forester with the Texas A&M Forest Service, says the plant was deemed safe after the fire passed through without damaging the explosives.

Emergency managers subsequently told residents they could return home, except for those living on roads that emergency crews had closed to traffic.

The Forest Service says the fire scorched about 500 acres (2 sq. kilometers) and was not contained as of late Monday.

No injuries have been reported.

Zephyr is about 125 miles (200 kilometers) southwest of Fort Worth.