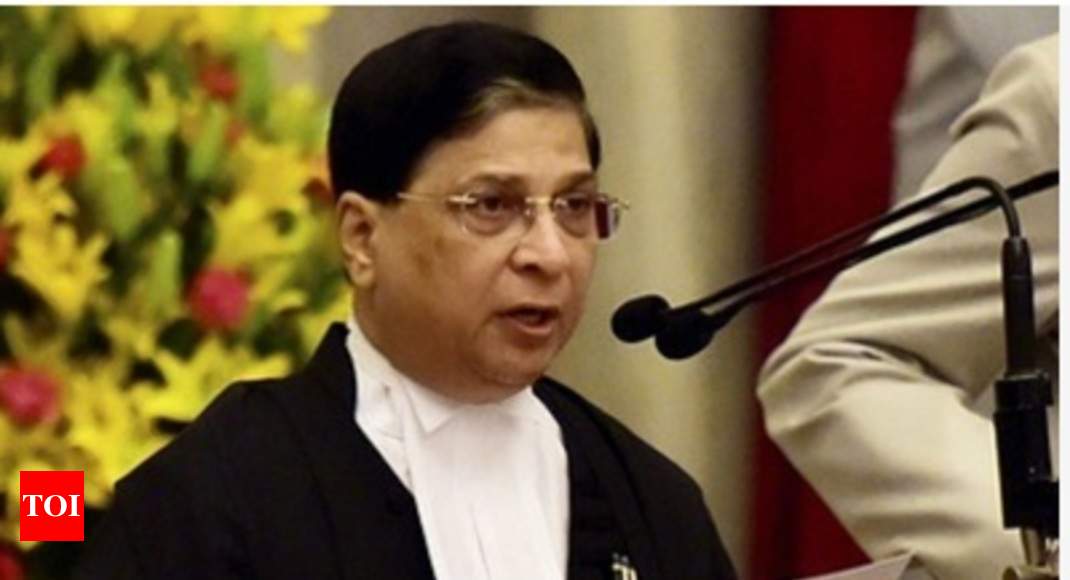 NEW DELHI: Chief Justice Dipak Misra has stepped up pressure on state governments for the upgradation of infrastructure for trial courts, saying that state governments cannnot cite financial constraint as alibi to deny crucial facilities to courts which are , saddled with 2.7 crore pending cases.

Describing district judiciary as the pillars key for ensuring that people’s faith in judiciary stays intact, CJI said that it was unacceptable that the trial courts were having to work in pahetic conditions.

“The members of district judiciary are the pillars, who really establish the public faith. It can be stated with certitude that the district judiciary forms the backbone of judiciary as it functions at the grass root level, where initial grievances are agitated,” he said while inaugurating a district court complex at Bhopal on Friday evening.

“That will be violative of human dignity. It is the duty of the state to see to it that dignity is not affected. Financial constraints is no ground, That is no explanation. It is the constitutional obligation of the state to provide proper infrastructure to fulfil the promise in the Preamble of the Constitution,” Justice Misra said in presence of chief minister Shivraj Singh Chouhan.

“The state is obliged to constantly maintain the sacrosanct right to dignity. The motto has to be that a litigant brings his cause and raises it through a lawyer to be adjudicated by a judge in an atmosphere of dignity,” Justice Misra said.

The CJI said infrastructure to trial courts, which have inadequate judge strength, did not mean providing court rooms only. Court complexes alone would not solve the problem faced by the subordinate judiciary, he said, adding, “These premises must be armed with advanced technology.”

“Given the increasing workload of the courts, technology has become a significant asset and boon for the judiciary… Without comprehensive range of information technology and communication tools, we cannot expect a state-of-the- art judicial infrastructure, which will advance the paradigm concept of rule of law,” the CJI said.

“Owing to the population explosion faced by our country and enhanced degree of awareness among citizens for their rights, both civil and criminal litigation before the courts have increased manifolds. This calls for a proportional increase in the strength of judges and enhancement in the infrastructure of the courts, otherwise it would become very difficult to live up to the constitutional promise of access to justice within the normal human life cycle,” he warned.

He said there is an urgent need to adopt a consistent, systematic and synchronised approach by the governments concerned and the high courts, so that the remedial measures were taken to improve infrastructure conditions at court complexes.