FIIs have made a comeback to India, but will they stay long? | BUSINESS
Categorized as
137
Tagged as
bought a net of $207.92 millionmacroeconomic headwinds
Related 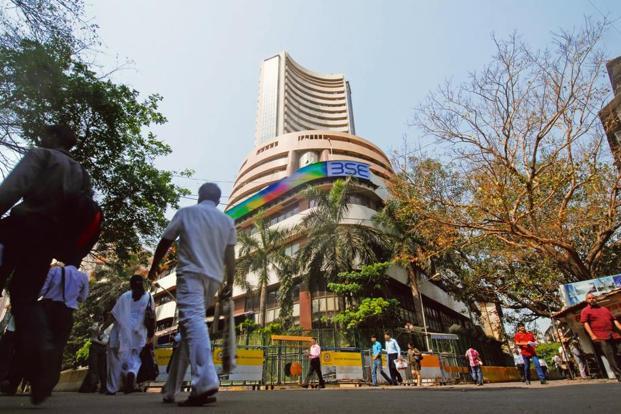 Bombay Stock Exchange in Mumbai. In July, FIIs bought a net of $207.92 million of shares, while they pumped in a net of $220.3 million in Indian shares since the start of August. Photo: Mint.

Mumbai: Foreign institutional investors (FIIs) have been net buyers of Indian shares since July, as India emerged as an attractive bet in the emerging market (EM) pack while some of its peers struggled with specific issues. However, it was uncertain if this trend is here to stay, given the near-term macroeconomic headwinds India faced.

FIIs were net sellers of Indian shares to the tune of around $253 million for the year to date, but have been net buyers of these shares in July and so far in August. In July, they bought a net of $207.92 million of shares, while they have pumped in a net of $220.3 million in Indian shares since the start of August. 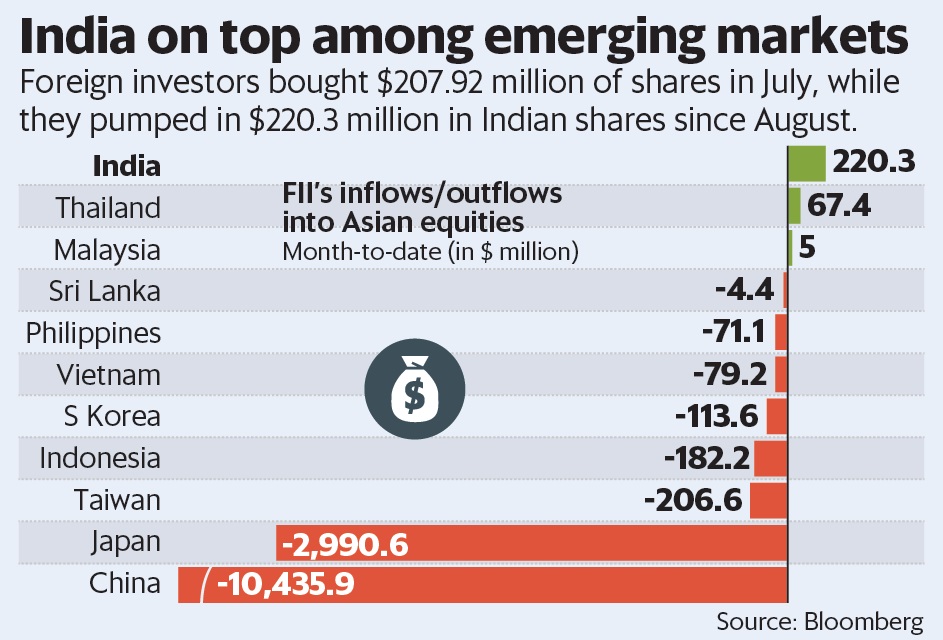 “India seems to be the preferred choice in EMs, as other EMs are not doing too well, which is why flows are returning,” said Gautam Chhaochharia, head of research at UBS Securities India Pvt Ltd.

“The likes of China and Turkey are facing headwinds. However, it remains to be seen if these flows into India are here to stay,” said Chhaochharia.

China, caught in the whirlwind of a trade war, will hold a fresh round of trade talks with the US in Washington later this month, giving some hope for progress in resolving the conflict.

Meanwhile, the Turkish Lira has been in free fall, hitting record lows over the past week and triggering worries about a contagion effect through stress on foreign banks.

So far this month, FIIs have been net sellers of Chinese shares to the extent of $10.4 billion — and in Asia it was Indian shares that they raked up the most, though the extent was not very large.

“There is no firm conclusion on whether the foreign flows will continue for now into India. It is all very volatile,” Shankar Sharma, vice chairman and joint managing director of First Global Securities Pvt Ltd, said on phone from Dubai.

“That said, in any crisis situation globally, India has been better placed compared to other EMs,” he said.

“India depends less on commodities and also has low external debt, as well as enough exporters to gain from rupee depreciation. So, it is a well-balanced equity market,” Sharma added.

Indian markets, however, faced headwinds with the rupee hitting a record low of 70.40 per US dollar. Also, high crude oil prices could weigh on India’s fiscal balances as Asia’s third-largest economy imports 80% of its crude oil.

The benchmark Sensex is up 10.6% for the year to date in rupee terms, but it is up merely 0.8% in US dollar terms.