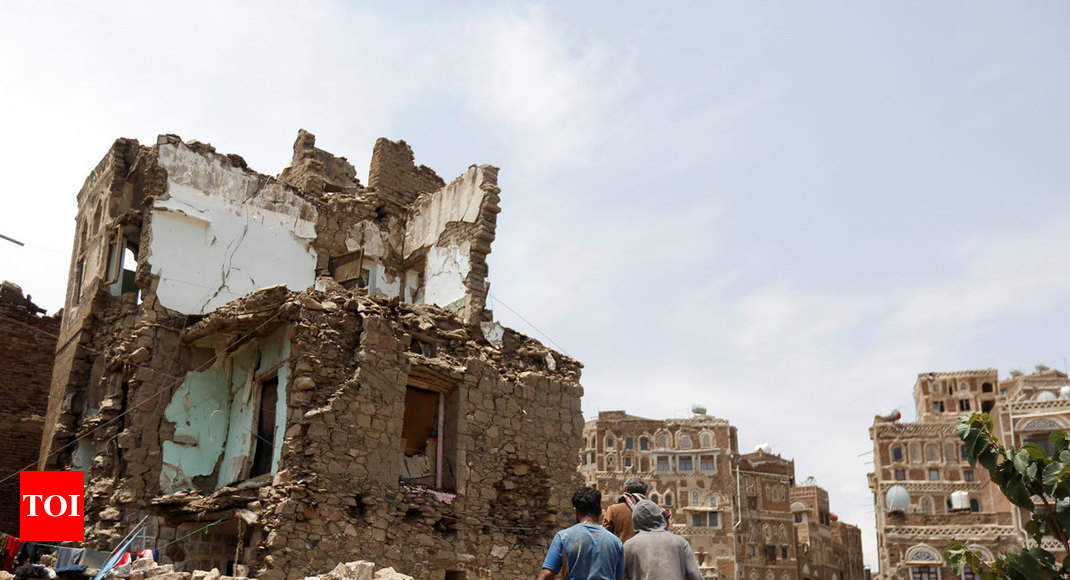 SANAA (YEMEN): Fighting between two pro-government factions in Yemen has killed at least 18 people on both sides in the past two days, officials said Tuesday, as a UN delegation visited children wounded in an airstrike last week that killed dozens of civilians.
The fighting in the southwestern city of Taiz pits forces loyal to Vice President Ali Mohsen al-Ahmar against supporters of Aboul Abbas, a militia commander. Both are part of the Saudi-led coalition that has been at war with Iran-backed Houthi rebels since 2015.

The officials said Amin Mahmoud, the governor of Taiz, meanwhile survived a roadside bomb targeting his convoy in the southern port city of Aden. It was unclear whether the attempted assassination was related to the violence in Taiz.

The officials spoke on condition of anonymity because they weren’t authorized to talk to reporters.

In a separate development on Tuesday, two UN officials visited children wounded in a Saudi-led coalition airstrike in the rebel-held north last week. The airstrike killed 51 people, including 40 children, and wounded another 79, including 56 children, according to the International Committee of the Red Cross.

Lise Grande, the UN humanitarian coordinator for Yemen, said the airstrike that hit a bus carrying civilians in a busy market was a “tragedy” that could never be justified.

Meritxell Relano, of the UN children’s agency, said the “very shocking” attack would leave the children with physical and psychological wounds.

UN chief Antonio Guterres has called for an “independent and prompt investigation” into the airstrike.

The Saudi-led coalition backing Yemen’s internationally recognized government has been fighting the Houthis since March 2015. The stalemated war has killed more than 10,000 people and pushed the Arab world’s poorest country to the brink of famine.