Categorized as
201
Tagged as
AustraliaDenmarkFIFA
Related 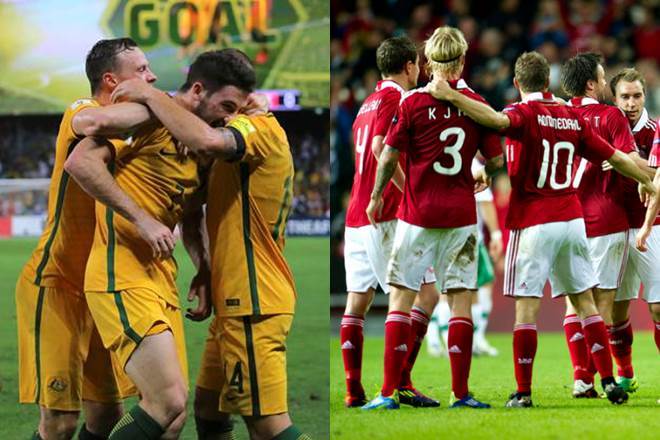 Before you make your 2018 World Cup picks, you need to see what European football expert David Sumpter has to say. Sumpter is an applied mathematician who wrote Soccermatics, the book that shows how math works inside the game. Together with experienced analysts, Sumpter developed the powerful Soccerbot model.

The Soccerbot reads all team performance data, calculates key metrics and predicts upcoming matches. In the nearly three seasons since it was born, the Soccerbot is up an impressive 1,800 percent on bookmakers’ closing odds. The Soccerbot already called Brazil-Switzerland playing to a draw (+360), Argentina-Iceland ending in a draw (+385) and Iran upsetting Morocco (+275), just to name a few.

We can tell you he’s leaning over, but his more confident pick is on the money line. He’s only sharing it over at SportsLine.

Sumpter knows Denmark avoided a potential calamity against Peru on Saturday. The Danes were outshot 17-10 and Peru had a penalty kick attempt sail high. Kasper Schmeichel had an impressive game in goal and Christian Eriksen found Yussuf Poulsen for the game’s lone score in the 59th minute.

Regardless of how pretty the win was, it extended Denmark’s unbeaten streak to 17 games. Denmark could clinch a spot in the 2018 World Cup knockout stage, assuming France downs Peru.

FIFA ranks Denmark No. 12 in the world, while Australia is No. 36. The Socceroos will look to avoid a second straight World Cup without a point tallied.

Australia, though, showed it belonged simply by hanging with France. The Aussies held possession for 49 percent of the time, losing on a goal in the 81st minute. If it can get on the board, the defense is good enough to force a draw or get a win.