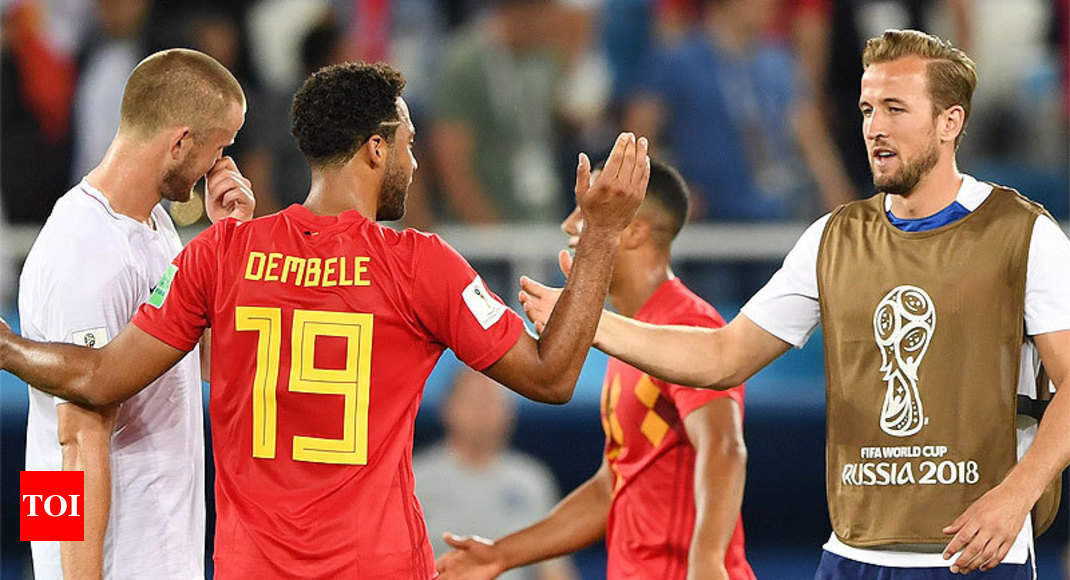 SOCHI: Only six countries have won the World Cup in the last 50 years, but a thrilling group stage in Russia has increased the possibility of a fresh name at least making it to the final.

The first phase, featuring just one goalless draw and already a record number of penalties, has been marked by Germany’s stunning exit, their earliest in 80 years.

So after the drama of the last fortnight, who is best set to go far in the knockout rounds?

Of the half-dozen winners of the trophy since 1970, Germany have gone home, while Italy, of course, never even qualified. Meanwhile, France and Argentina play each other next, so only one will make the quarter-finals.

That leaves Spain and Brazil, with the latter fresh from topping their group at a 10th consecutive World Cup even if they have been slow-burners so far.

“This team created high expectations because of what we did in qualifying and in friendlies. But now we are at a World Cup, it’s a new cycle, a new format,” said coach Tite in an attempt to keep feet on the ground.

Neymar has not yet captured his best form, but the five-time champions have other match-winners, not least Philippe Coutinho, and have looked strong at the back.

The standout last-16 tie on paper pits France against Lionel Messi and Argentina, two teams who laboured through the group stage — in Argentina’s case they were lucky to advance at all.

“We didn’t start in the best way. We got ourselves into a real mess,” admitted Javier Mascherano, while France coach Didier Deschamps still seems incapable of getting the very best out of his talented squad.

Argentinians might be happier than anyone at Germany’s elimination, having been knocked out by them at each of the last three World Cups.

But they could find themselves on a collision course with Brazil in the semi-finals, as they lie on a side of the draw that features countries totalling 10 World Cup wins between them.

European champions Portugal are there too, and if Cristiano Ronaldo’s side beat Uruguay in what could be a real battle of attrition in Sochi, he might find himself up against Messi’s Argentina in the last eight.

Uruguay, though, are the only team not to have conceded a goal. Recent World Cups have tended to be won by the side with the best defence, with Spain letting in just two in their victorious 2010 campaign.

Along with England, Spain are the only past winners in the other side of the draw and they face Russia in Moscow on Sunday, with question marks surrounding their back line, and the form of goalkeeper David De Gea.

“Obviously we can improve. Five goals in three matches is not the way forward,” said coach Fernando Hierro of their defensive record, as it remains to be seen if Spain were right to sack Julen Lopetegui on the eve of the tournament.

Croatia are possible quarter-final opponents for Spain. They won all three group games, and a run to the semis like in 1998 is not beyond them, although coach Zlatko Dalic had a warning for his team before facing Denmark.

“It’s all great for the history books in Croatia but if we don’t win against Denmark, when someone asks you what you did, what can you say? Nothing,” Dalic said.

Meanwhile, England might feel a route to the last four is opening up nicely, thanks to Thursday’s defeat against Belgium.

But Colombia are not to be taken lightly in what manager Gareth Southgate has called England’s “biggest match in a decade”.

And beyond that could lie Sweden who, it should not be forgotten, have been responsible for knocking out the Netherlands, Italy and Germany from this World Cup.

There are 10 European teams in the last 16, and only one of 10 past European World Cups has been won by a side from another continent. That was Brazil, in 1958.