FIFA World Cup 2018: When a goal drops from the skies | SPORTS
Categorized as
114
Tagged as
Dennis BergkampMessi
Related 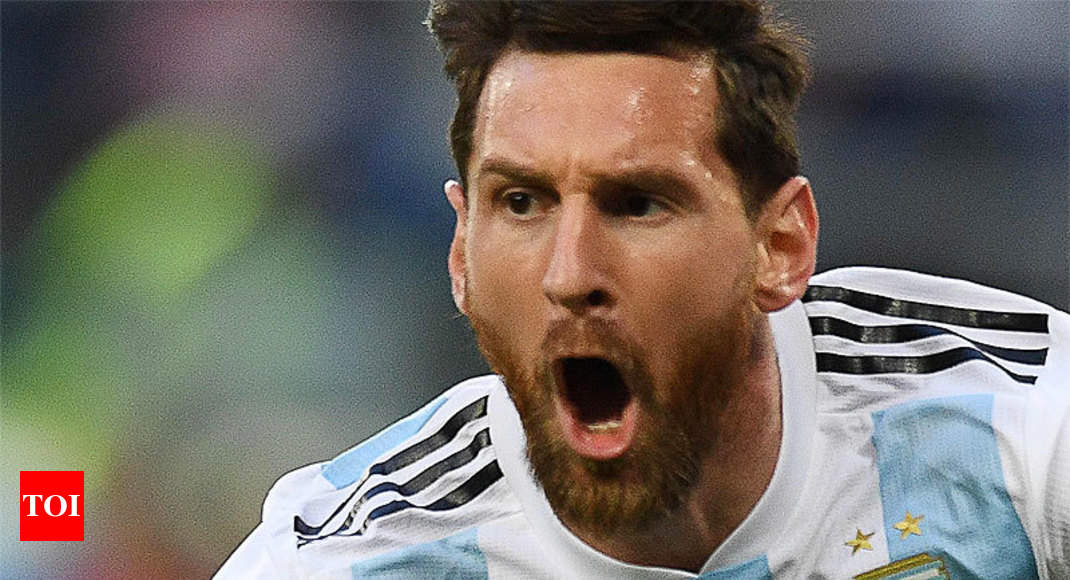 It was the only response possible, from the only player in the world so routinely capable of the impossible. After all the talk about his international legacy, an early Argentine exit from the World Cup, the great went and did something for the ages.

The goal against Nigeria – a three-touch, technically-perfect execution instantly drew comparisons to Dennis Bergkamp against this very side in 1998. In a larger context, it meant everything to Argentina given the situation they found themselves in. Something had changed for them, as Messi sublimely displayed an ability inherent to him.

It is the fundamental first principle of the sport, the core building block of the game, but one that he is better at than anyone: basic control of the ball. His touch.

For most players it’s manipulation of the ball, for him it’s mastery. Messi takes that first principle to a peak, and to an art form, but without any aesthetic embellishments.

Messi has a minimalism that has absolutely maximum effect. His technical perfection ensures that every touch is merely the most efficient means to a desired effect. There are never any unnecessary frills or flourishes, but what he does is all the more amazing for that.

This goal against Nigeria was an extreme distillation of all this, not least because of what his team and the situation required.

Ever Banega himself played a brilliant pass, one all the more brilliant because it was so tailored to Messi, designed by a deep knowledge of what his old childhood teammate can do.

Other players would likely have still had too much to do, given the necessary pace of the pass and increasingly constrained space.

Messi instinctively knew what to do, and probably all that could be done. He first so deftly cushioned the ball with his thigh, to take the pace out of the pass and bring it under his control.

It’s just no one else would have quite brought this level of control. Had Messi allowed the ball to fall to the ground, it would have been enough for the defender to nick the ball away.

This sixth-sense awareness in the split-second makes Messi sensational. His next touch was all in the same movement — of an even higher quality itself — so perfectly setting up the opportunity of a shot. It took the breath away, took him away – and took him on — from Omeruo the defender, even if he still had to take it on his ‘weaker’ right foot. No matter. Deft control was followed by powerful abandon, as the ball was dispatched into the corner.

The goal wasn’t for once Argentina’s moment of delivery, but Messi proved to the squad that one of the many problems that had afflicted Argentina had been lifted; that it wasn’t all going wrong.

That fostered belief. That changed things. There was a new energy around Argentina. Everything came from his perfect touch. That’s what really elevates him, making him and the goal a masterpiece for all time.