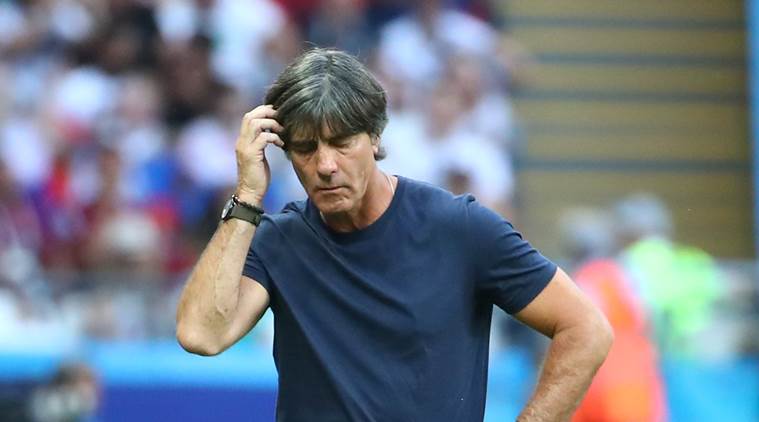 Germany coach Joachim Low said he felt “huge disappointment” at seeing the holders crash out of the World Cup but said they had fully deserved it after they were sensationally beaten 2-0 by South Korea on Wednesday.

The four-time champions needed to beat the unfancied Asians by two clear goals in their final group F match in Kazan to advance to the last 16. 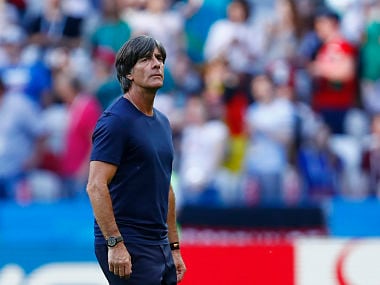 But after spurning a series of scoring chances, Germany were stunned in five dramatic stoppage-time minutes as South Korea scored twice to record a historic win over the world’s number one-ranked team and leave the Germans rock bottom of the group.

It is the first time Germany have failed to reach the knockout stage of a World Cup since 1938.

“I’m shocked because we didn’t manage to beat South Korea and qualify,” said Low, who said he will wait for “a couple of hours” before making any decision on his future.

“The disappointment of us being eliminated is just huge,” Low conceded.

Germany are the sixth holders in history to fall at the first hurdle and their demise came four years after defending champions Spain also failed to make it out of the group stage in Brazil.

Low’s side began their campaign with a 1-0 defeat to Mexico before rekindling their bid with a last-gasp 2-1 win over Sweden. The Swedes won the group on Wednesday after beating Mexico 3-0, but the central Americans also went through.

“First we need to congratulate our two opponents who made it out of the group,” said Loe.

“For us it’s a huge disappointment. At our training camp we prepared well and we came here ready to take on the role of defending champions.

“But we didn’t play the top-class football we needed to. We created chances against Korea but we couldn’t relax and score the goals we needed.

“Since 2006 we’ve been among the last four or in the final. This time we didn’t perform to a level sufficient to allow us to do that.

“We have to admit this is a defeat.”

Timo Werner, Marco Reus, Mesut Ozil and second-half substitute Mario Gomez were among the Germany stars who failed to take goalscoring chances as the South Koreans defended with determination.

The Asians, however, were also dangerous on the counter-attack and more than once carved opportunities to keep Germany goalkeeper Manuel Neuer on his toes.

Germany suffered the first of several scares after South Korea won a free kick on the quarter hour when Sami Khedira’s boot connected with the head of Jung Wooyoung.

From 30 yards out, it should have been fodder for World Cup-winning Neuer, but he fumbled Jung’s dipping drive Neuer and scrambled desperately to clear.

After failing to find a way past superb Korea ‘keeper Jo Hyeonwoo in the second half, Germany could only look on in shock as US referee Mark Geiger called for the video assistant referee to intervene after the unmarked Kim Younggwon had bundled his shot past Neuer from a corner early in stoppage time.

The goal was awarded because Toni Kroos’ touch had played him onside, and minutes later Germany were 2-0 down after Neuer ran up the pitch in a desperate attempt to grab an equaliser.

A long punt upfield saw Tottenham forward Son Heung-min chase a clearance to fire into an empty net and Korea hung on for a famous win that will be a consolation for their own elimination.

Low said he had not yet reflected on the future.

“How we go from here is something we have to talk about,” he said. “It’s too soon but we’ll talk about it shortly.”