FIFA World Cup 2018: Mein Gott! End of the World is Nigh! | SPORTS
Categorized as
128
Tagged as
Hummels
Related

To see Germany go out in the first round of a World Cup is ödd. Which is a German way of saying ‘exceedingly &%#*ing odd’. The last time der Männer got so schafted like this was in 1938 when they were smacked out 2-4 by the Swiss. As a football-historian friend certainly must be the first one to remind all, Joachim Löw, despite his olfactory kinks, will have to bear the brunt of not having the excuse that 1938 coach Sepp Herberger (under whom Germany would win their first World Cup in 1954) had of his government forcing him to include five Austrian players in his squad.

ALSO READ: The writing was on the wall, but Germany couldn’t read the script

The fault, in the case of Löw, is likely to be his inclusion of players like Hummels and Ozil, the former showing incredible talent on Wednesday in how to not mistakenly head the ball into the Korean goal and the latter showing incredibly grit in spending 90 minutes pretty much scratching his umlaut. The rest of the team – a new striker named Manuel Neuer included – seemed at best amateur, at worst dazed and confused, and frankly overwhelmed by thoughts that would make Nietzsche look like a Gurmeet Ram Rahim Singh. 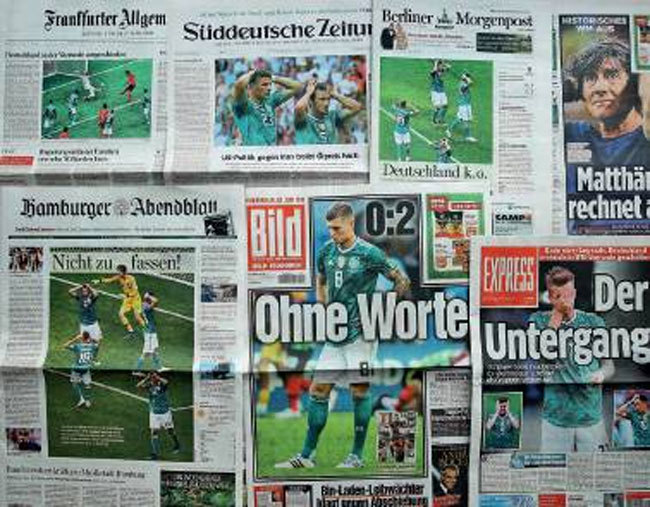 The newspapers in Germany tell the tale.

ALSO READ: German sunset that was on the horizon

Germany’s international supporters, including Indian ones, have loved – and got addicted to loving – the national squad primarily for these reasons: 1) They are efficient, strong, beautiful bankers, whose play suits the temperament of those who like precision instruments, well-deserved success, and Apollonian stares that make the Terminator’s look like blinks. 2) That they are no-nonsense, like their top breeding pond Bayern Munich, and speed and skill fuses perfectly in these Mercs in white socks. 3) They aren’t Brazil and Argentina, the perennial favourites of most Indian footie fans, who always dredge the bottom of barrels from the times of Pele, Socrates, Ronaldo, and Maradona.

Germany was the perennial uberdog, the clean-shaven manboy who always topped studies, sports, even ballet. He’s now flunked. Everyone secretly wanted to emulate Germany, but because they couldn’t, they never said so aloud. Now, with a Germany-less World Cup, it’s like Narendra Modi losing a general election – a bit beyond belief for bhakts and unbhakts alike, but not without schadenfreude from many quarters.

They will now bemoan not just the exit of Germany at the group stage of a World Cup, but also the passing of the Old Order when Germany – and while they’re at it, good mulligatawny soup, ‘propah English,’ and Europe’s civilisations – made the world, and the World Cup, a reliable, safe place to be in at least for a month every four years. 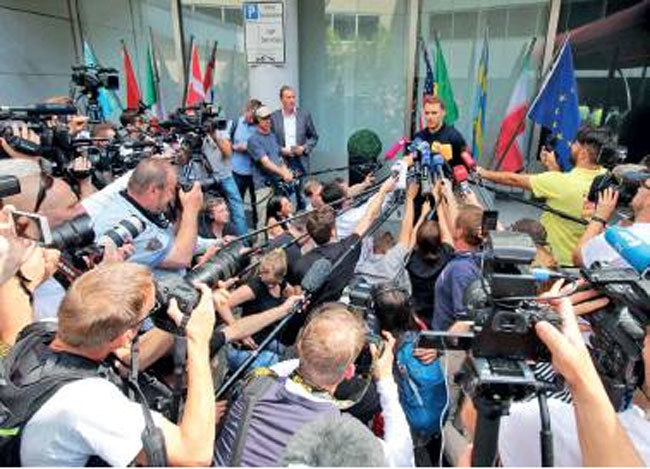 Manuel Neuer speaks to the media on team’s return home.