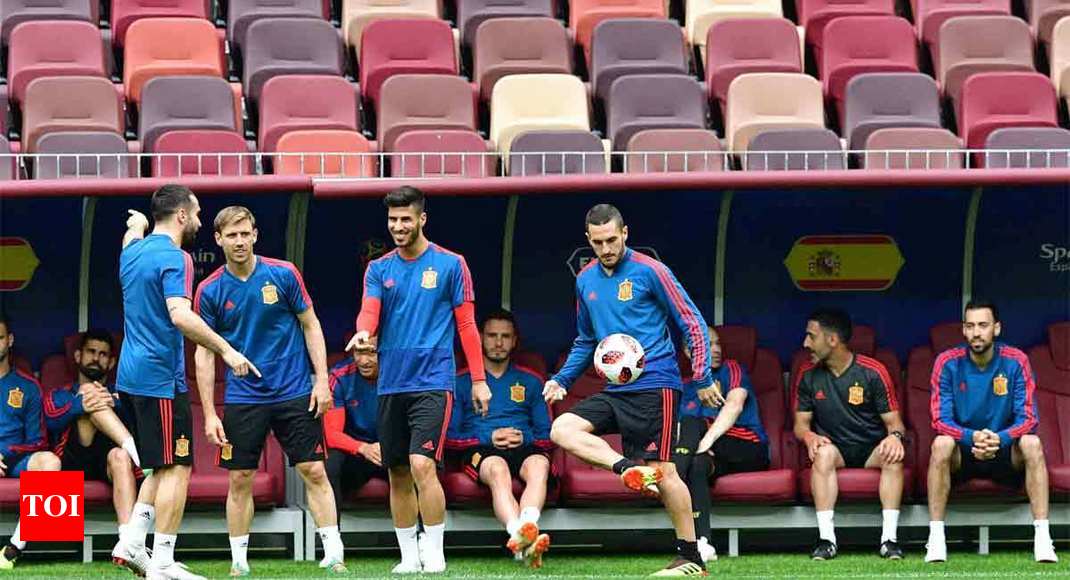 Diego Maradona would have been heartbroken to see Argentina crash out of the 2018 FIFA World Cup in the first match of the knockout stages to France, but the Argentine legend will take heart from the fact that his team played out an absolute World Cup classic against the 1998 winners.

With Messi Argentina and Ronaldo’s Portugal eliminated from the tournament in close encounters, Maradona feels that the knockout action on day two will be an easier affair with Croatia and Spain looking favourites to advance to the quarterfinals.

“After an opening night of knockout action without a clear favourite, we have a pair of matches coming up safer to bet on,” opined the 57-year-old his column for TOI, adding “Taking into account the uncertainties of the game which will keep causing upsets from time to time, Spain and Croatia are tipped to get the better of Russia and Denmark.”

The forward however hopes the underdogs punch above their weights. “Having said that, I would love to see the underdogs making life difficult for the top guns. The Russians may be well behind their rivals on talent, but they showed character by posting two thumping wins straight up and securing passage to the pre-quarters. Uruguay did spoil the mood in their camp with a 3-0 win in the last game, but it can get difficult against Russia at a packed Luzhniki Stadium screaming for the home team.”

Hosts Russia have rode on the great home support to advance to the knockout stages and Maradona feels that Russia will be heading in to their game against Spain high on confidence after coming through some tough games in the league stages.

“This competition has shown smaller teams can resist by maintaining numerical supremacy in their half. Iceland-Argentina, South Korea-Germany, Switzerland-Brazil are examples. I think the hosts will follow a similar strategy and use their speed on counterattacks, because Spain will definitely be the side more on the offensive. Having come through some tough games, they will be confident too. The game will be interesting as long as Russia make them fight.” said the Argentine.

Talking about Croatia, who blanked Argentina 3-0 in the league stages, Maradona opined that the Balkan side have been one of the teams of this World Cup. “Coming to the other match, Croatia have been one of the teams of this World Cup. Uruguay and Belgium also won three matches in the group but neither controlled games like the eastern Europeans. Luka Modric is in the form of his life. An important part of the Real Madrid side, he is the leader for Croatia, who dictates what the team does. Ivan Rakitic will go back to Modric’s rival camp in Barcelona after the World Cup. Here he has joined shoulders with him to form an enviable midfield, which knows how to defend and attack. Experience and quality make them one of the dark horses,” he added.