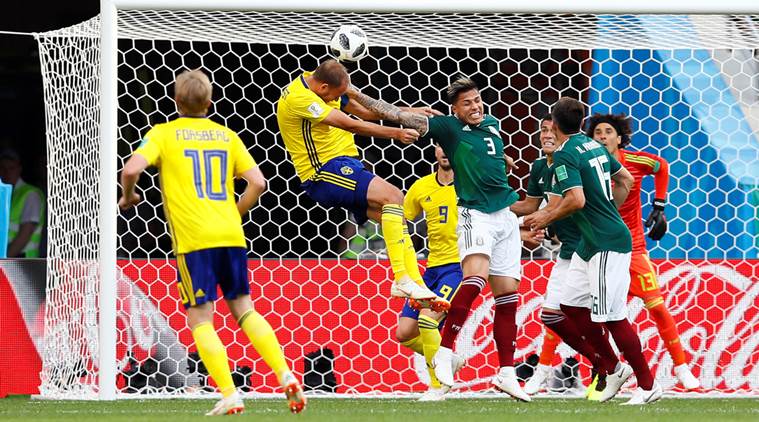 James Rodriguez lasted only 30 minutes of their dramatic 1-0 victory over Senegal before being substituted, putting his participation in their last-16 match in doubt.

Colombia coach Jose Pekerman said he was “extremely concerned” after their playmaker James Rodriguez was forced off through injury in their final World Cup group game against Senegal on Thursday.

Rodriguez lasted only 30 minutes of their dramatic 1-0 victory over Senegal before being substituted, putting his participation in their last-16 match in doubt.

Should the forward, who is on loan at Bayern Munich from Real Madrid, fail to recover in time for the knockouts, it would be a cruel blow for the South American side.

Rodriguez was the Golden Boot winner as the tournament top scorer when they reached the quarter-finals in Brazil four years ago.

He had started Colombia’s campaign on the bench for their first match against Japan as he nursed a calf injury, but returned to the starting lineup with a sparkling performance in their second match against Poland.

“What I can say is that I am extremely concerned, it is a tough situation for my team,” Pekerman told reporters after Colombia sealed their spot in the knockouts.

“It is not comfortable for us. He trained normally until today and he stayed on after practicing his free kicks and penalties.

“He was fully fit in training and in the last training session, no hint of injury. Right now, I do not know where he stands.”

Colombia will miss Rodriguez’s creativity and ability on the ball if he misses their last-16 encounter after they laboured to breakdown Senegal before Yerry Mina’s bullet header in the 74th minute sealed a dramatic win.

The result sent Colombia through as Group H winners while Senegal missed out on the knockouts by virtue of having a worse disciplinary record than rivals Japan.

It was the first time in World Cup history that a team had been eliminated from the tournament because of the amount of yellow cards they had accrued.

Pekerman acknowledged that it was a cruel way to exit the World Cup but no worse than losing on a penalty shootout.

“We all knew when we came to the World Cup that these were the rules. It was incredible to be in this situation and hard for a team to take on,” he said.

“Had we been in their shoes we would have been disappointed. It happens to anybody — in a final or semi-final. Sometimes, a World Cup final is decided on penalties. It is extremely hard.”