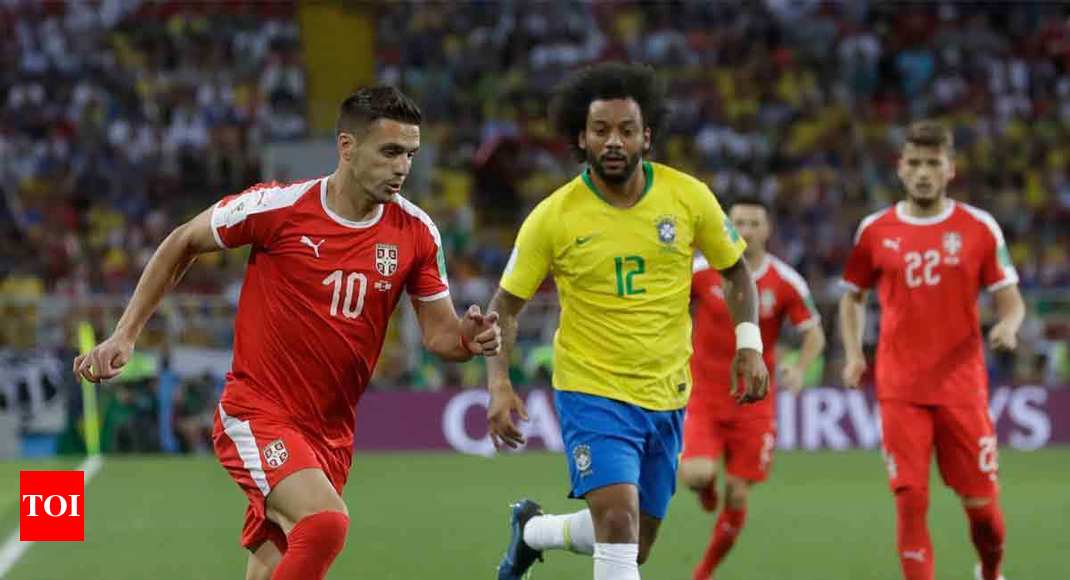 For a team that is still regarded as the best in World Cup history and best embodied the ideals of jogo bonito, it’s a bit paradoxical that the icing on the cake of Brazil’s 1970 triumph was provided by a defender.

When Pele, following a nine-man move, laid the ball off towards his right just outside the penalty area, his captain and right-back Carlos Alberto Torres swooped on it like a predator, beating Italy goalkeeper Enrico Albertosi with a spectacular strike to seal his team’s title.

That goal — among the best in World Cup history — had in it an interesting template for modern football. What Carlos had started about five decades ago has now become a prototype of teams rebranding their rearguard with the role of side-backs having undergone a major overhaul over the years.

They are now more ‘lateral’, exploiting more width than depth. Marcelo of Brazil or Jordi Alba of Spain are more wingers than defenders, showing how the teams have broken the rigidity of a flat back-four formation. Nowadays, they not only contribute to attacks but also score in crucial times, often against the run of play.

In Russia, most teams’ preferred theme is either 4-2-3-1 or 4-3-3. As the coaches want their wide players to drift inwards following the demand of midfield diamond, and most often taking their markers away from their position, the attacking team’s side-backs suddenly have space and the opportunity to create offensive play.

This alteration in the role of full-backs had been in play over the past few years, but is more dominant today.

Arg entina’s World Cup triumph in 1986 was all about Diego Maradona. But a close look at the team’s play tell you how coach Carlos Bilardo used a Europeanstyle 3-5-2, with Jose Luis Brown used as sweeper and José Cuciuffo and Oscar Ruggeri as the two other central defenders. Brown showed his attacking instinct when he scored the opening goal in the final against Germany.

Four years later, Andreas Brehme – a defender — played a significant role in deciding the final when Germany exacted revenge on Maradona’s Argentina thanks to his 85th minute penalty.

In 1994, champions Brazil were known more for steel than their style. Yet, Carlos Alberto Parreira let left-back Leonardo to link up with Bebeto and Romario as an attacking reinforcement. And who can forget how Branco’s ferocious free-kick settled their classic quarterfinal clash with the Netherlands.

By the time the World Cup moved to France, Brazil’s Cafu and Carlos had been Brazil’s first-choice side-backs, raising the tone of their wing-play to new heights. But hosts and eventual champions France also had in left-back Bixente Lizarazu and Lilian Thuram on the other side, two players ready to raid the opponents with a freehand.

Add to this that central defender Laurent Blanc scored the World Cup’s first golden goal to break a scoreless tie against Paraguay in the second round, making it evident where Aime Jacquet’s team got the inspiration for its success from. It was Brazil in 2002 who became the most expressive with this system, Carlos and Cafu making the most of the structure to flourish.

Italy, known for their defensive rigidity, were also benefitted from the defenders’ attacking flair when Grosso (1 goal), Zambrotta (1 goal) and Materazzi (2 goals) all scored while the defence, marshalled by Fabio Cannavaro, yielded only two goals throughout the tournament.

The trend continued with Spain in 2010 (Carles Puyol heading home the winner against Germany in the semifinal) and Germany in 2014 (Philipp Lahm playing often as the third striker).

All this leads us to the moot question: In Russia, which team has in its backline the hidden treasure for its success?