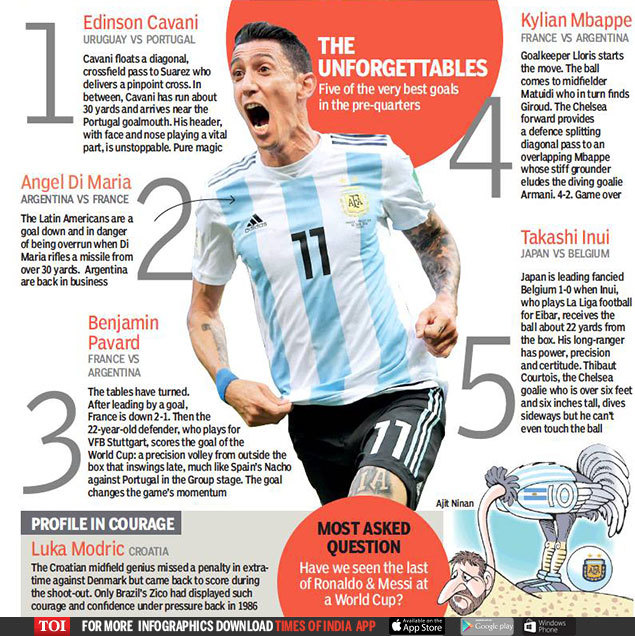 Edinson Cavani gave Uruguay a 1-0 lead over Portugal with a header into the top corner after a long cross by Luis Suarez from the left flank.

Cavani started the play on the other side of the field before running to meet the Suarez cross in the seventh minute in Sochi.

Kylian Mbappe scored twice in a 4-3 victory that put France into the quarterfinals and surely spelled the end of the Messi era that spanned four World Cups for Argentina.

Mbappe’s name is already being uttered in the same sentence as Pele.

The 19-year-old France forward became the first teenager to score at least two goals in a World Cup game since the Brazilian great in 1958.

His two goals against Argentina ensured France a 4-3 win and made Le Bleus the first team to qualify for the quarterfinals at this World Cup. He also drew the penalty that led to France’s first goal and earned the player of the match award.

Mbappe is just the sixth teenager to score more than once in a World Cup tournament — Brazil leads that list with 6.

Mbappe was the star turn in France’s thrilling World Cup victory over Argentina, but the outstanding goal came from the previously unheralded Benjamin Pavard.

The right-back’s sweet strike on the half-volley that brought his side level at 2-2 early in the second half is a contender for goal of the tournament so far. 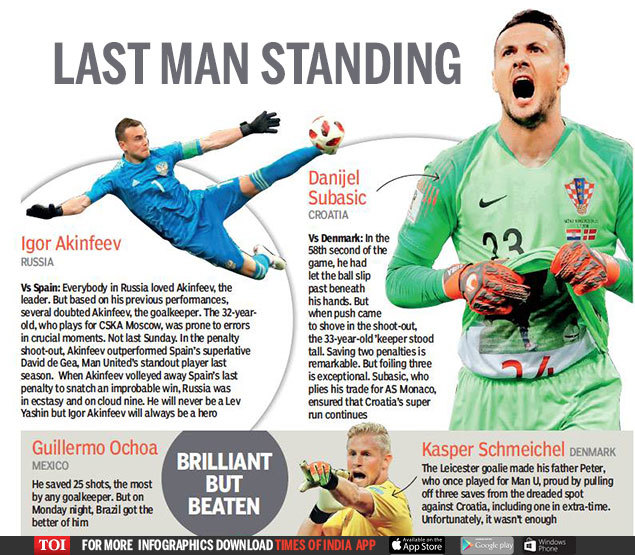