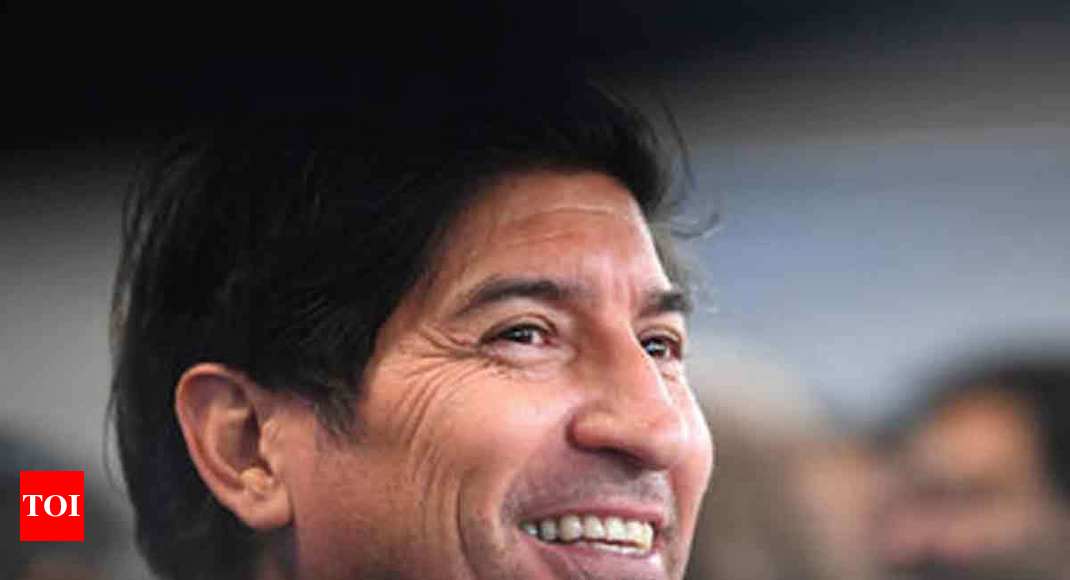 KAZAN: Ivan Zamorano still draws a sizeable crowd. A little on the stockier side these days, the lethal Chilean striker was gleefully holding court at the Kazan Arena on Friday ahead of Argentina’s clash with France.

It was the obvious question to ask the former Inter Milan striker who formed a lethal pairing with Marcelo Salas in the 1998 World Cup. “Cristiano Ronaldo will get my vote in the debate. He is the more complete among the two,” said Zamorano, dressed in a white shirt and dark trousers, the jacket lazily hanging on his shoulders.

Both of his favourites, Chile and Italy, are missing in this World Cup. “Chile will be back in the consciousness in Copa America. It is too good a team to stay out of tournaments,” claimed the striker who played in four Copa America tournaments.

Like most South American players, Zamorano had an underprivileged upbringing but his love for football made it a happy childhood. “Till dad came to look for me after dark, I would be playing with the kids.” The family never stopped him from pursuing the game he liked best.

Now 51, Bam Bam exudes the same amount of energy as when we saw him on television. Well-built but lithe, he had fruitful spells with Real Madrid and Inter Milan. His hat-trick against Barcelona in the 1995 season is still a major topic of heartburn among the Blaugrana faithful. Coached by Jorge Valdano, Real won the La Liga then and Zamorano won the highest scorer’s award with 27 goals.

Statistics do not do justice to Zamorano as it doesn’t tell the story of the amazing impact he had on the pitch. And what a sight he was on the run, with his mane flowing. His monikers ‘Bam Bam’ and ‘Ivan the Terrible’ throw a bit of light on his character.

The Chilean, an old-fashioned No. 9, always wore the jersey with the number but when Inter signed Ronaldo, also a No. 9, to partner Zamorano, the Chilean readily gave up the No. 9 jersey, taking the 18 – albeit with a twist. The No. 18 sported a little ‘+’ sign between the digits, meaning that it added up to 9. It was classic Bam Bam. When Roberto Baggio joined, no one had a problem over who would get the No. 10. He was the dream strike partner, drawing away defenders and freeing up space for Ronaldo, who scored 34 goals that season.