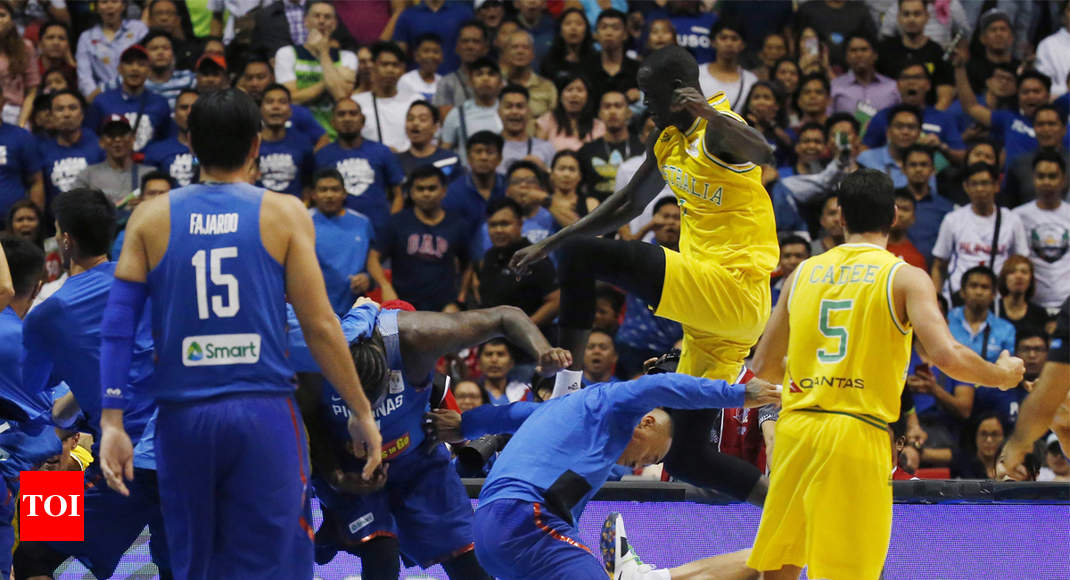 Basketball’s world governing body FIBA will open disciplinary proceedings against Australia and the Philippines after their World Cup 2019 Asian qualifier descended into chaos on Monday with 13 players ejected for brawling during the match.

Australia led 79-48 with four minutes left in the third quarter when Philippines guard Roger Pogoy struck Chris Goulding with an elbow. Goulding’s team mate Daniel Kickert retaliated to spark a free-for-all with the crowd getting involved.

“FIBA will now open disciplinary proceedings against both teams. The decisions will be communicated in the coming days,” FIBA tweeted.

Match officials spent over 30 minutes separating the players who had by then punched and kicked each other several times. The game eventually resumed in farcical fashion with Philippines fielding three players against Australia’s five.

“Basketball Australia deeply regrets the incident in tonight’s match between the Boomers and the Philippines. We are extremely disappointed with what happened and our role in it,” Anthony Moore, the chief executive of Basketball Australia said, “This is not the spirit in which sport should be played and certainly not in the spirit in which we aim to play basketball. We apologise to our fans and will await the penalties to be handed down.”

The match, in Bulacan, in the Philippines, was eventually called off at the end of the third quarter with Australia leading 89-53, after the hosts lost another player due to a foul.