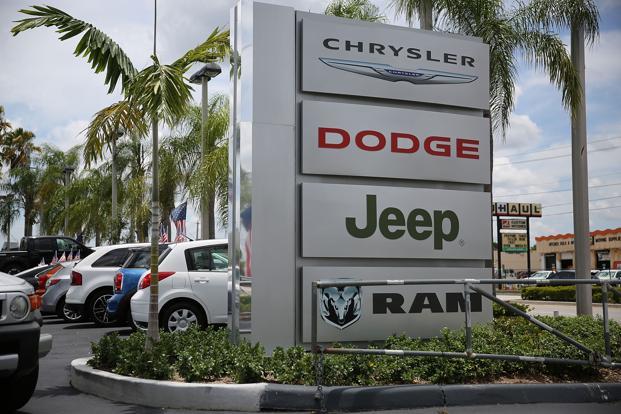 Fiat Chrysler has also said that Roxor imports threaten it with substantial injury as they are underselling Jeeps. Photo: Getty Images

New York: Fiat Chrysler Automobiles NV filed a US trade complaint seeking to prevent Indian automaker Mahindra and Mahindra Ltd from importing an off-road vehicle that looks like its iconic Jeep. The Fiat Chrysler group filed the complaint on 1 August at the US International Trade Commission, claiming that the Mahindra Roxor infringes key characteristics of Jeep’s signature trade dress—namely the “boxy body shape with flat-appearing vertical sides and rear body ending at about the same height as the hood.”

“They are a nearly identical copy of the iconic Jeep design,” Fiat Chrysler said in its complaint, which included photos comparing the Roxor to the Jeep. “In fact, the accused product was ‘modeled after the original Willys Jeep.’”

Fiat Chrysler has also said that Roxor imports threaten it with substantial injury as they are underselling Jeeps. Mahindra capitalizes on the cost advantages of manufacturing their products in India and then importing knocked-down kits to the US, where they’re assembled in the Detroit area.

Fiat Chrysler has become increasingly reliant on its Jeep product line. On Wednesday, the company reported its highest ever July sales for Jeep brand vehicles, up 16%, to power the company’s overall 5.9% jump from a year ago.

Mahindra announced plans in November to invest $600 million in its Roxor manufacturing facility. The Michigan unit tripled its workforce and by 2020, the group plans to employ as many as 670 workers there. Fiat Chrysler’s complaint pointed to Mahindra’s “substantial foreign manufacturing capacity combined with its demonstrated intention to penetrate the United States market and harm FCA’s goodwill and business.”

The case is In the Matter of Certain Motorized Vehicles and Components Thereof, Complaint No. 3330, U.S. International Trade Commission (Washington)