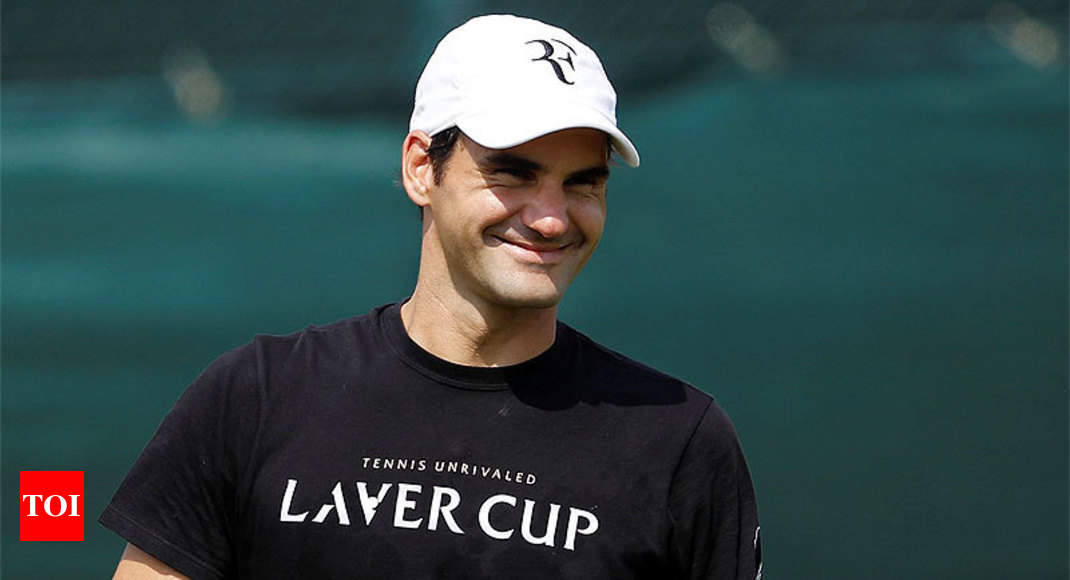 LONDON: Roger Federer and Serena Williams bring the curtain up on Wimbledon on Monday with the All England Club confident their tournament can comfortably capture the imagination of a public distracted by the World Cup.

Williams, meanwhile, has been shunted off to Court One where she tackles Dutch outsider Arantxa Rus.

The American returns to the tournament for the first time since claiming a seventh title in 2016 having missed last year to give birth to her daughter.

“I think it remains a little bit nerve-wracking. It’s a big deal,” said Federer on returning to Centre Court and who is marking the 15th anniversary of his first Wimbledon title in 2003.

“Besides the history and the mythical place that it is, you cannot also practice on it.

“The entire atmosphere changes at Wimbledon, and you realise the eyes are on you.”

World number 57 Lajovic will know what to expect — the Serb was beaten by Federer in straight sets in the second round of Wimbledon in 2017.

Federer is the overwhelming favourite to lift a ninth title and 21st career major especially with old rival Rafael Nadal, fresh from an 11th French Open, not having played a grass court warm-up event.

Three-time winner Novak Djokovic, meanwhile, is still struggling with form and confidence so badly bruised by the elbow injury he suffered at Wimbledon 12 months ago.

However, even Federer cannot escape the giant shadow cast on the sporting landscape by the ongoing World Cup.

He was even dragged into a discussion on Sunday over whether or not he and Nadal — 10 years after their epic All England Club final — could be likened to Lionel Messi and Cristiano Ronaldo.

“Sure, yeah. They have a long-standing rivalry. I have the same with Rafa,” Federer said.

“They’re very different from one another. I guess there’s some similarities there as well.”

The All England Club will stick to its policy of refusing to show World Cup matches on its giant screen adjacent to Court One.

The men’s final, meanwhile, will still start at 2pm local time as scheduled on Sunday, July 15 — just two hours before the World Cup final kicks off in Moscow.

Williams, seeded 25 this year despite a ranking of 181, has never played Rus, the world 107 who made the third round in 2012 but failed to get out of qualifying on her last three visits.

Also getting their campaigns underway on Monday are five-time women’s champion Venus Williams against Johanna Larsson.

Third seeded Marin Cilic, the runner-up to Federer in 2017 and this year’s Queen’s champion, takes on Japan’s Yoshihito Nishioka.