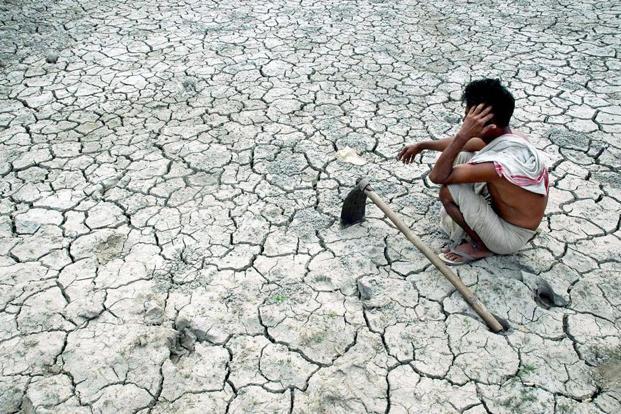 In 2013, a stray remark by the then deputy chief minister of Maharashtra, Ajit Pawar, who, while responding to farmers’ demand for water said: “If there is no water in the dam, should we go and urinate,” had cost his government dearly. The comment gave the BJP a perfect stick to thrash the government with during the 2014 parliamentary and assembly polls. On Sunday, the BJP government in Maharashtra faced its ‘Ajit Pawar moment’ when an 84-year old farmer Dharma Patil died due to bureaucratic negligence.

Dharma Patil, a farmer from Dhule, had come to the Mantralaya (state secretariat) for a meeting with Energy Minister Chandrakant Bawankule on January 22. Patil was seeking to rectify a faulty compensation he received. He got just Rs 4 lakh for his 5 acres of land which was acquired for a thermal power plant in 2009. Patil’s contention was that a neighbouring farmer, with not even half the land that he had, got Rs 1.89 crore as compensation.

However, Bawankule’s office cancelled the meeting. A frustrated Dharma Patil, who had met several government officials before this, consumed poison in Mantralaya. He was admitted to the government-run JJ Hospital where he passed away on Sunday night.

The incident led to a huge backlash against the BJP-led government and turned to be a huge public relations disaster as news of Patil’s death spread. Patil belongs to the Maratha community. “This is worse than what Ajit Pawar said in 2013, because at least then he was joking. Here, a person has been killed because of the utter lack of empathy by the government and its bureaucracy. This is not a suicide, this is murder. This 84-year old man has been running from pillar to post but the state did not help him, which forced him to take his life,” said Raju Shetti of the Swabhimani Shetkari Sanghatana (SSS), a former ally of the BJP government, which broke away from the government last year. The Maharashtra government, aware of the anger the suicide has sparked, is in damage control mode. CM Devendra Fadnavis spoke to Dharma’s son Narendra Patil over telephone. He relented to collect his father’s body from the mortuary only after that.