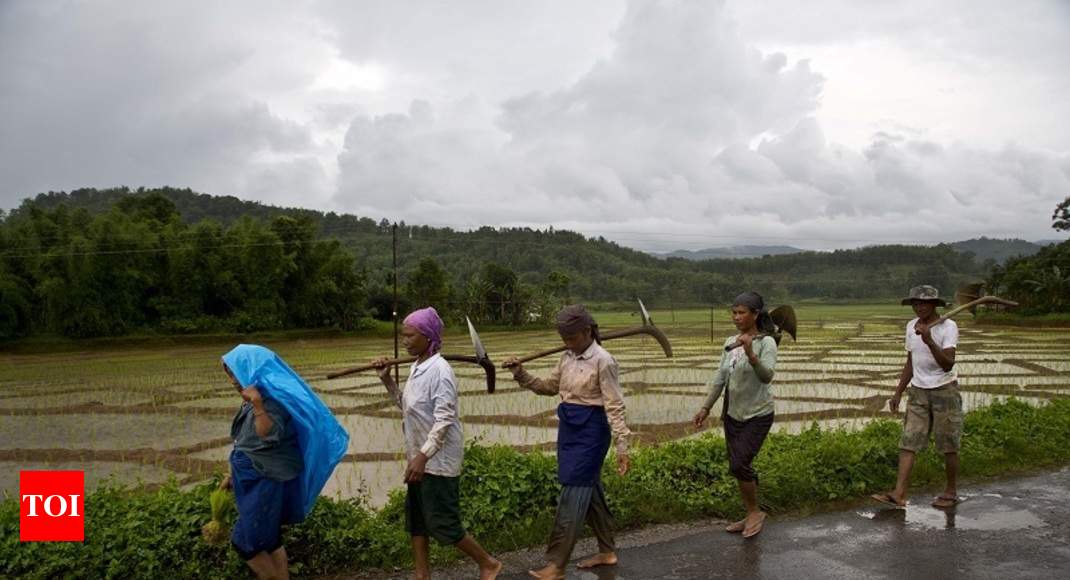 NEW DELHI: The government’s move to pay at least 50% higher minimum support price (MSP) is expected to increase the floor price of 11 of 14 kharif crops where the payout lags the promised level, while providing a major boost to farmers in Assam, Bihar, West Bengal Odisha, Jharkhand and Maharashtra.

The gross return is estimated as low as 2% over the actual paid out cost in states where higher benefits are anticipated as compared to states like Haryana and Punjab where productivity and crop prices are much better.

Latest publicly available data from the Commission on Agricultural Costs and Prices shows that in the 2014-15 Kharif season, the gross return for paddy farmers was the lowest in Assam at 2%, followed by 12% over the cost of production and the imputed value of family labour in Odisha and 14% higher than the cost in West Bengal. Similarly, an average rice grower in Maharashtra is only marginally better off with returns being 19% higher than the cost. The new MSP regime, which will be all-India rates, will not necessarily raise returns to 50% over cost of production, but will improve crop prices substantially.

Farmers cultivating bajra or ragi in Maharashtra or moong growers in Gujarat had to contend with negative returns during the 2014-15 season. At the other end of the spectrum were rice growers in Haryana and Punjab, whose returns were 172% and 156% higher than the cost, respectively. They will continue receiving higher returns.

In recent months, farm incomes have become a highly contentious issue with farmers taking to the streets to lodge their protest apart from turning into a political concern in state elections in Gujarat. The government is set to implement its budget promise of at least 50% over the cost of production, keeping an eye on the forthcoming round of polls in winter and the Lok Sabha elections thereafter.

But the move will not translate into a uniform rise across states though officials said the promise of higher procurement price was expected to increase returns in eastern states as well as Maharashtra. What the farmer finally gets is also a function of how much procurement is actually undertaken by the Food Corporation of India and state government agencies and accuracy in delivering to beneficiaries.

Besides, a year of good yield, as is projected during the current year, is expected to translate into higher returns for farmers. Data accessed by TOI showed almost all Kharif crops are expected to see a significant rise in MSP this season, with some such as ragi, jowar and nigerseed likely to see a multi-fold increase given that the current procurement price covers only 2-9% of the cost of production.