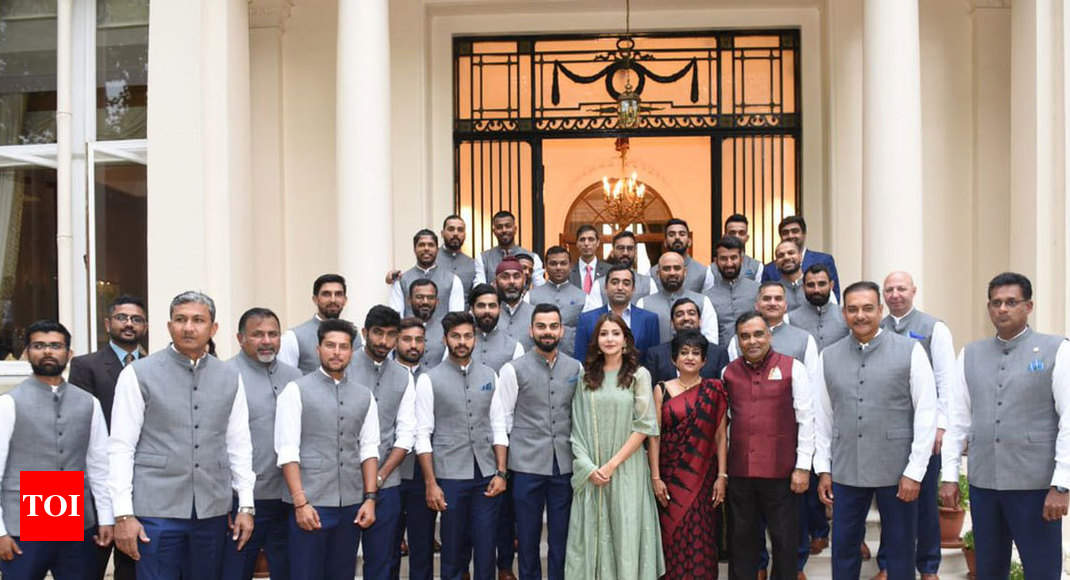 NEW DELHI: The presence of captain Virat Kohli’s wife and Bollywood actress, Anushka Sharma, in the photograph from the Indian cricket team’s official dinner hosted by the High Commission of India in London has invited criticism from fans on social media.

The Board of Control for Cricket in India (BCCI) tweeted a group photograph of the team and its support staff from the dinner, with Anushka being the lone player-spouse present at the dinner.

While some fans reacting on Twitter wondered if an exception has been made for her, others pointed out vice-captain Ajinkya Rahane given a place in the last row among the group.

“#TeamIndia members at the High Commission of India in London,” BCCI wrote in its tweet.

#TeamIndia members at the High Commission of India in London. https://t.co/tUhaGkSQfe

@BCCI @HCI_London Vice captain is in last row and First Lady of Indian cricket is in front row. These people giving… https://t.co/pRXWRmZfTA

The Indian team touring England has shifted base to London that will host the second Test at Lord’s starting Thursday.

A poor batting effort in the first Test saw India losing by 31 runs to go 0-1 behind in the five-match series. Other than Virat Kohli, none of the Indian batsmen clicked. While Virat aggregated 200 runs (149 and 51) in the match, no other Indian batsmen could score a half-century.