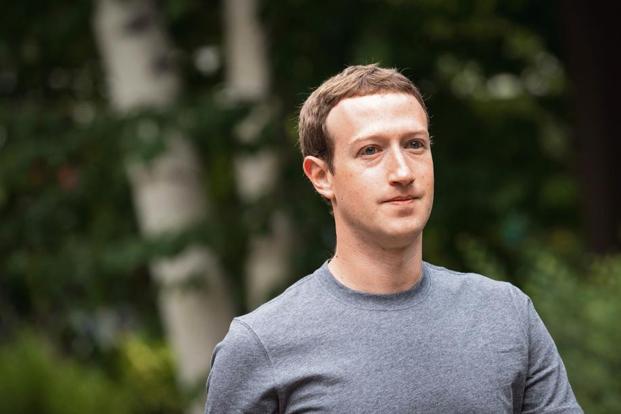 Facebook Inc. has racked up plenty of milestones in its pioneering journey. Now the social-media giant is poised to add one it would doubtless rather avoid: the biggest stock-market wipeout in American history. That could happen Thursday if the 24% tumble in Facebook’s stock in after-hours trading is replicated in the regular New York session. Its market capitalization plummeted late Wednesday, at one point by about $151 billion, as sales and user growth disappointed investors. A move of that magnitude on Thursday would likely be the largest ever loss of value in one day for a US-traded company.

The following is a look at some of history’s other notable one-day share slams, considering American firms that were worth at least $150 billion in any year over the past decade.

Back in the depths of the tech bust, Intel Corp. lost about $91 billion on one September day in 2000. Exxon Mobil Corp., already reeling from the financial crisis and recession in October 2008, lost $53 billion one wretched Wednesday that month. And the slowest profit growth at Apple Inc. in 10 years triggered a loss of almost $60 billion on January 24, 2013.

Facebook on Wednesday reported second-quarter sales and user growth that fell short of analysts’ projections. And the company told Wall Street the numbers won’t get any better this year. Shares plunged as much as 24% after Chief Financial Officer David Wehner said revenue growth rates would decline in the third and fourth quarters.

For Facebook, financial stumbles are rare. The last time the company missed revenue estimates was the first quarter of 2015. But the results followed a period in which data-privacy issues came under harsh scrutiny, with Chief Executive Officer Mark Zuckerberg testifying before US Congress for hours on the company’s missteps. The quarter was also marked by Europe’s implementation of strict new data laws, which Facebook said led to fewer daily visitors in that region.

Facebook said it had 1.47 billion daily active users in June, compared with the 1.48 billion average of analysts’ estimates compiled by Bloomberg. The company’s user base flatlined in its biggest market, the U.S. and Canada, at 185 million daily users, while declining 1 percent in Europe to 279 million daily users. Overall, average daily users increased 11 percent from the period a year earlier.

Revenue increased 42% to $13.2 billion in the quarter. Analysts projected $13.3 billion. The social network still holds one of the world’s most valuable sets of data on what people are interested in, and makes that audience easily available to advertisers. The company remains in a dominant position in mobile advertising alongside Alphabet Inc.’s Google.