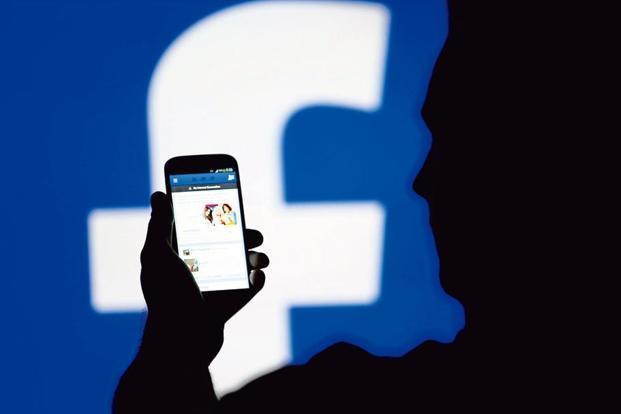 In 2016, the IRS blocked Facebook’s transfer-pricing calculations for what the social media giant said was about $6.5 billion of intangible assets it transferred to Ireland in 2010. Photo: reuters

New York/Washington: Last week, Medtronic Plc suffered a legal setback in its bid to avoid a $1.4 billion US tax bill—a ruling that may have costly implications for other multinationals battling the Internal Revenue Service (IRS)over the use of overseas payments to lower their taxes.

Companies including Facebook Inc. and Coca-Cola Co. have been fighting the IRS for years over strategies related to so-called transfer pricing—a way that some companies cut their tax liabilities by assigning lower prices for things like intellectual property that they shift to subsidiaries in low-tax jurisdictions such as Ireland or the Cayman Islands.

A federal appeals court on 16 August sent the Medtronic case back to the US Tax Court, saying the judge in a 2016 decision against the world’s biggest medical device maker hadn’t adequately explained how she’d reached her conclusion. No dates have been set yet for when the case will return to Tax Court.

The latest ruling “is an unmitigated disaster for Medtronic,” said Robert Willens, an independent tax and accounting expert. It’s also a “real blow” to other companies that use transfer pricing, and could make it more difficult or even impossible to use techniques that price transactions to lower taxes, Willens said.

As a result, Facebook and Coca-Cola may seek to settle their cases for larger amounts than expected rather than continue to fight the IRS assessments, according to Willens.

While transfer pricing with offshore subsidiaries is supposed to be tallied at an arm’s length standard, it’s often more art than science, and is open to abuses that can artificially lower a company’s Us tax obligations and boost its after-tax profits.

In court papers, the IRS described Medtronic’s actions as “the classic case” of a US multinational shifting income from its highly profitable US operations and intangibles to an offshore subsidiary in a tax haven by charging an artificially low rate for the intangibles.

The ruling by the US Court of Appeals for the Eighth Circuit centered on how Medtronic valued $2.2 billion worth of intercompany licenses it transferred between its operational headquarters in Minneapolis and a Puerto Rican manufacturing affiliate for the 2005 and 2006 tax years. The IRS has said Medtronic undervalued royalty rates paid to it by the Puerto Rican affiliate for intellectual property used in making medical devices there.

Medtronic made a $1.1 billion payment to the IRS earlier this year to cover what it would have owed under the Tax Court’s 2016 decision. Since the ruling is under review, it could owe more if the courts decide the affiliate should be paying a larger royalty.

Medtronic said in a statement last week that the ruling was “a procedural decision.” “We still believe our initially filed tax returns were correct and will continue to defend our position,” the company said.

The company plans to keep using the current royalty rate now under scrutiny until the conflict is resolved, according to a person briefed on the matter who asked not to be named because the details are private.

Multinationals typically run their royalty agreements by the IRS before using them. The Medtronic decision has “very consequential” implications for companies relying on any kind of royalty agreement with the IRS, said Harvey Poniachek, a professor at Rutgers University.

Companies will need to thoroughly analyze how they’re valuing their transactions and be wary that past agreements with the IRS may not hold water for future transactions, Poniachek said.

Still, Barbara Mantegani, a tax practitioner and the founder of Mantegani Tax PLLC, told Bloomberg Tax that the Eighth Circuit’s decision is more of a message to the Tax Court to do its homework rather than to other companies. Mantegani said she didn’t see the Medtronic decision as having “huge cosmic significance” for other multinationals, as long as they can adequately justify how they’re valuing their transactions.

In 2016, the IRS blocked Facebook’s transfer-pricing calculations for what the social media giant said was about $6.5 billion of intangible assets it transferred to Ireland in 2010. The case is set to go to trial in US Tax Court in San Francisco in August 2019. The company has warned in securities filings that if the IRS prevails, it could face an additional federal tax bill of as much as $5 billion, not including penalties and interest.

Coca-Cola, meanwhile, is battling the IRS over the agency’s assessment of a $3.3 billion tax bill related to the value of intellectual property it transferred to its offshore units in Europe, Africa and South America from 2007 to 2009. The company relied on a method in a decades-old royalty agreement with the IRS to allocate income between the US parent and its foreign units.

The IRS disregarded the agreement, citing changes in the facts and circumstances of the transactions. The Tax Court is scheduled to pick the case up again in October, after an eight-week trial earlier this year.

The complexity of Medtronic’s transfer pricing issue is compounded by the fact that its headquarters are in Dublin. The company did an inversion in 2015, when it paid almost $43 billion for the Irish firm Covidien Ltd., and reincorporated there. The corporate tax rate in Ireland is 12.5%, compared to the US rate of 21%— or 35% before the US tax overhaul enacted in late 2017.

The Covidien deal made Medtronic, maker of devices like insulin pumps and coronary stents, a poster-child for inversions, in which US companies merge with a foreign entity to lower their tax bills, even though core operations and management stay in the US