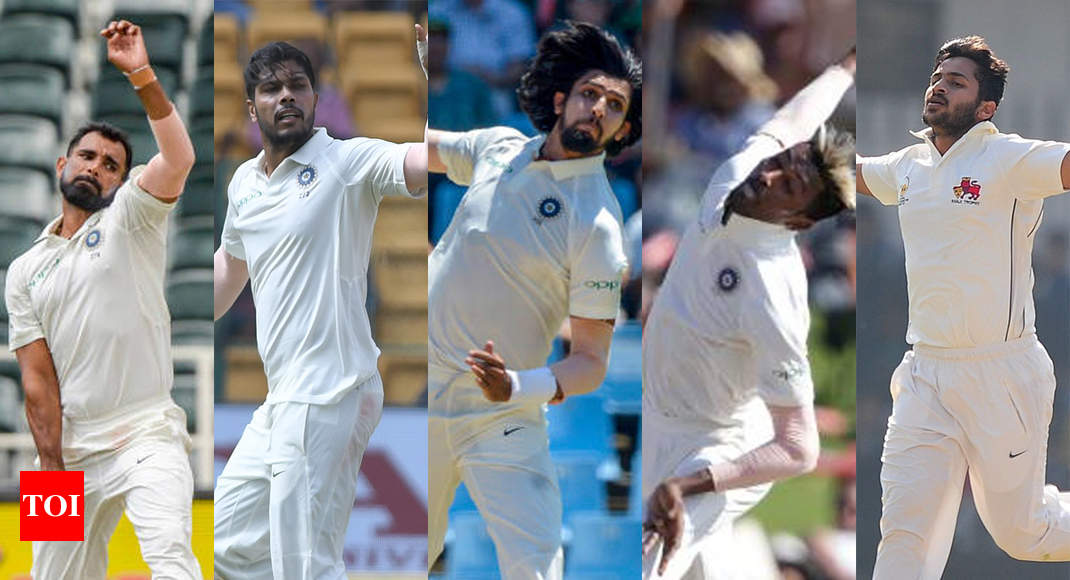 MOHAMMED SHAMI: When India last played a Test overseas, on a difficult pitch in Johannesburg in January this year, they won it largely because Mohammed Shami ripped the heart out of South Africa’s second innings with a match-winning spell of 5/28. Since then, though, the star pacer has gone through tremendous turmoil in his personal life, and would be looking to pick up the pieces of his career.

UMESH YADAV: The quickest pacer in India, Yadav seemed to have lost the confidence of the team management, which preferred to play Bumrah over him during the Test series in South Africa last winter. However, a decent IPL for Virat Kohli’s RCB, in which he displayed menacing form with the new ball, has brought the Vidarbha pacer back into the fold. With his speed, Yadav should’ve been an automatic choice since he emerged on the scene back in 2011, but a weakness of drifting on middle and leg, and bowling too short at times, has meant that the 30-year-old has played only 37 Tests in his career so far.

ISHANT SHARMA: After bursting on to the scene with that memorable spell to Ricky Ponting during India’s tour of Australia in 2007, and then forming a superb partnership with Zaheer Khan when the Aussies came to India a year later, Ishant Sharma couldn’t live up to the promise of leading India’s bowling attack on overseas territory. Now, the Delhi pacer, criticized often for not being penetrative enough, has started delivering slightly more consistently. His barrage of bouncers landed him a match-winning haul of 7/74 against England at Lord’s in 2014, clinching a Lord’s Test win for India after 28 years.

HARDIK PANDYA: While there are still question marks over Pandya’s ability as a Test all-rounder, he did do a more than decent job as third seamer in South Africa. This could be a make or break tour for him too. His presence does add balance to the squad, a luxury that the teams touring England in the post Kapil Dev era didn’t enjoy. On helpful wickets, Pandya can conjure up some decent pace.

SHARDUL THAKUR: Yet to make his Test debut, the 26-year-old ‘Palghar Express’ has delivered impressive performances in domestic cricket for Mumbai and for the Rising Pune Supergiant and Chennai Super Kings in the IPL. A fighting cricketer, Thakur can bowl at decent pace and reverse the ball well. He also has a good bouncer.