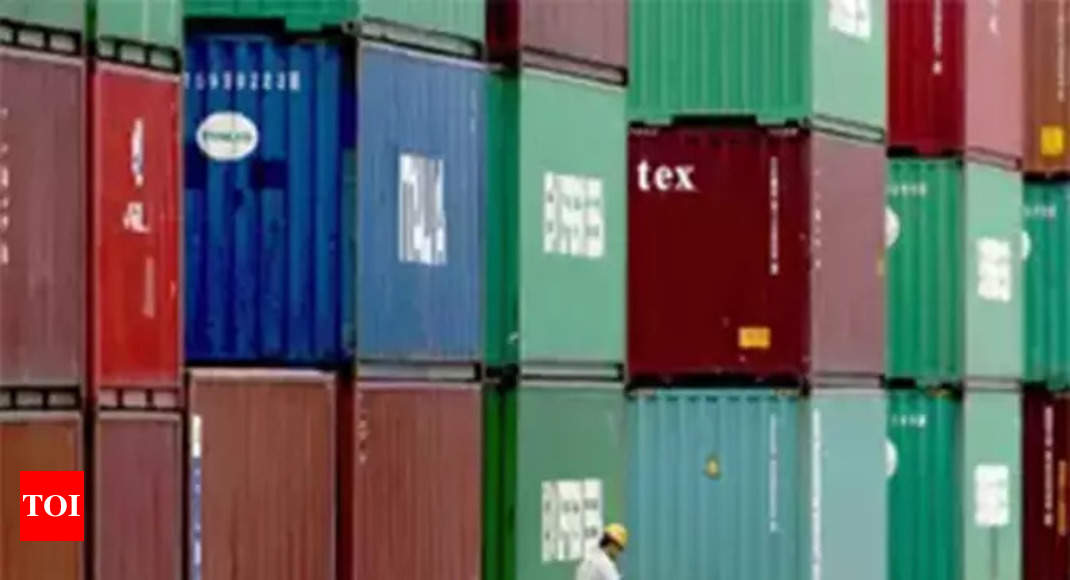 NEW DELHI: India’s exports rose by 14.32 per cent to $25.77 billion in July compared to $22.54 billion in the year-ago month mainly on account of better performance of gems and jewellery sector as well as petroleum products.

The trade data released by the commerce ministry on Tuesday also revealed that merchandise imports during July were valued at $43.79 billion, a growth of 28.81 per cent compared to $33.99 billion in the year ago period.

The sharp surge in imports led to worsening of trade deficit to $18.02 billion in the reporting month as against a deficit of $11.45 billion during July 2017.

As regards exports, the outward shipments of petroleum products surged from $3 billion in July last year to $3.9 billion, showing a growth of about 30 per cent.