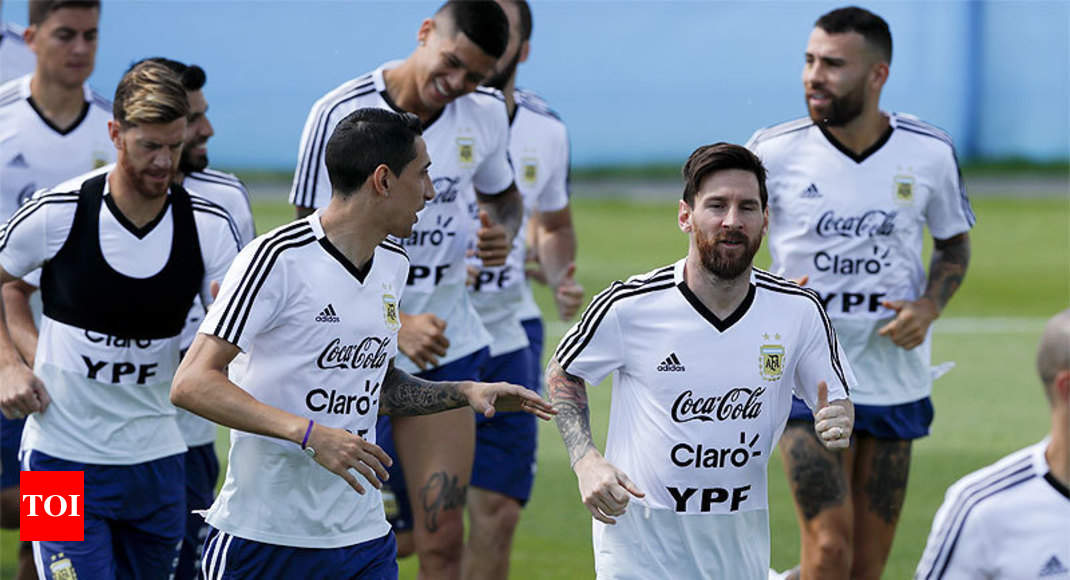 NEW DELHI: Five-time world player of the year Lionel Messi underlined his importance to Argentina with a sublimely taken opening goal against Nigeria but that came after his penalty miss against Iceland in a lacklustre 1-1 draw that set the tone for a disappointing campaign so far. But former Argentina football captain Diego Maradona wants others in the team to back up the star striker.

In his column for Times of India, Maradona wrote, “The initial drama is over. Defending champions are out of the World Cup. The best 16 have progressed to the knockouts. It’s time for real football. Fighters of the highest order will survive. It’s not only about skills and strategies anymore. It’s also about nerves. The one who blinks first will fall by the wayside. The knockouts generally promise gripping action. This time, it’s a bit too much to begin with. France against Argentina and Uruguay versus Portugal are clashes of heavyweights, the kind you normally expect at a later stage of the competition. The teams have had contrasting paths to the last 16. On this day, they start from scratch. Nobody starts as favourites.”

“France took seven points from three matches and topped their group. They scored thrice, one of them an own goal. In effect, they scored only two. It shows their attack is strong on paper, but not something which can’t be resisted. With clever positional play, relentless marking and right attitude, you can frustrate them. Jorge Sampaoli’s boys have to do this to the best of their ability. On the other hand, midfield can help France conquer any opposition. They have players to block as well as start moves. Paul Pogba and N’Golo Kante have a powerful presence and although I believe Argentina can make it to the quarters, because of resources in the middle of the park, I can’t rule out France. Neither team has played to its potential yet. It’s time they produced their best,” Maradona added.

“Argentina suffered a lot initially. Weaknesses in defence, overreliance on Leo Messi, criticism of strategy to selection issues – there were many problems. Despite an unimpressive beginning, they got a lifeline and took it with a courageous performance in the last match. They have already got a feel of the knockout rounds and there will be positives carried forward from that game. Argentina must fight as a team. Leo will try to do things only he can and it’s equally important that the rest perform their duties. The players have shown they are capable of putting in a collective effort and that’s what they have to do again. This test is tougher and the midfield and defence will come under greater pressure. We need Javier Mascherano and Nicolas Otamendi at their best. They have to be leaders in two important departments,” the scorer of 34 international goals for Argentina, mentioned.

“The other South America-Europe duel might be decided by two star strikers. Cristiano Ronaldo started with a hat-trick and would have been the joint top-scorer now but for a missed penalty. Leo had missed one earlier. These things happen and top players come out stronger. Luis Suarez, too, can provide the flash of brilliance that makes the difference. Both will have the responsibility of carrying their nation’s hopes. The defence of these two teams will be under pressure and effort will be made in the midfield to prevent strikers from entering the danger zone. Uruguay and Portugal are equally adept at this,” Maradona signed off.