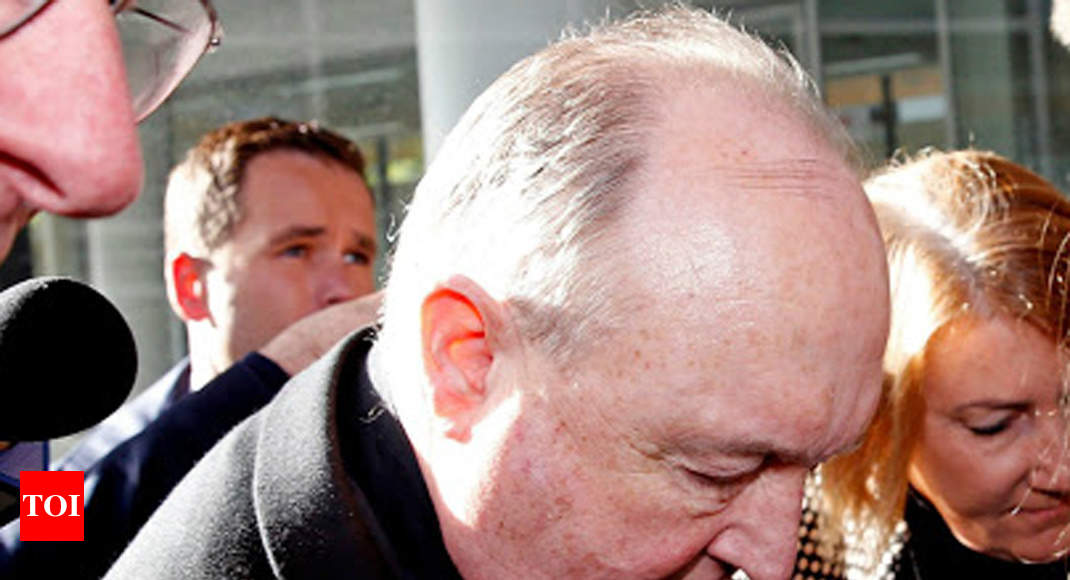 SYDNEY: A former Australian Archbishop convicted of concealing abuse by a notorious pedophile priest in the 1970s was confronted by enraged victims outside a courthouse on Tuesday after a judge spared him jail and ordered he serve his sentence at home.

Philip Wilson became one of the highest-ranked church officials convicted of covering up child sex abuse when he was found guilty in May of concealing crimes by priest Jim Fletcher in the Hunter region of New South Wales state.

The Newcastle Local Court sentenced the 67-year-old to 12 months imprisonment, with a non-parole period of six months, but also ordered that he be assessed to serve it in home detention. Wilson had since been on bail. On Tuesday magistrate Robert Stone decided Wilson will not need to spend time behind bars, with his age and prior good record taken into account. But Wilson will have to wear a tracking device while serving his sentence.

Wilson said nothing as he left the court, where he was mobbed by abuse survivors and members of the media. Peter Gogarty, one of Fletcher’s victims, asked Wilson to apologise but the cleric stayed silent.

“Any words for me, Philip? Philip will you say sorry for what you have done to me and other child sex abuse survivors?,” he yelled. One of Wilson’s supporters asked Gogarty why he did not come forward 40 years ago. A fuming Gogarty called him “a pig and a typical Catholic”, to which the Wilson’s aide replied: “I don’t have time for rubbish like you, mate.”

Wilson resigned as Archbishop of Adelaide last month soon after Prime Minister Malcolm Turnbull called on the Vatican to sack him. He remains an ordained bishop but has no official role. He has long denied the charges and initially resisted calls to quit pending an appeal against his conviction.

Stone found him guilty of concealing a serious indictable offence of another person, concluding his primary motive was to protect the church. During sentencing Stone added that “there is no remorse or contrition showed by the offender”.

Wilson’s conviction comes amid a host of accusations that the Catholic Church ignored and covered up child abuse in Australia, charges that have also plagued other countries. There was no dispute during the trial that Fletcher, who is now dead, sexually abused an altar boy, with the hearing focused on whether Wilson, then a junior priest, was told about it.

In a brief statement, Bishop Greg O’Kelly, who is running the Adelaide Archdiocese until a new Archbishop is appointed, said Wilson was “in his prayers as he formally commences this stage in his life, while also remembering the victims and survivors of abuse in the Church”. Wilson served as a priest in New South Wales before Pope John Paul II appointed him Bishop of Wollongong in 1996. Five years later he became the Archbishop of Adelaide.