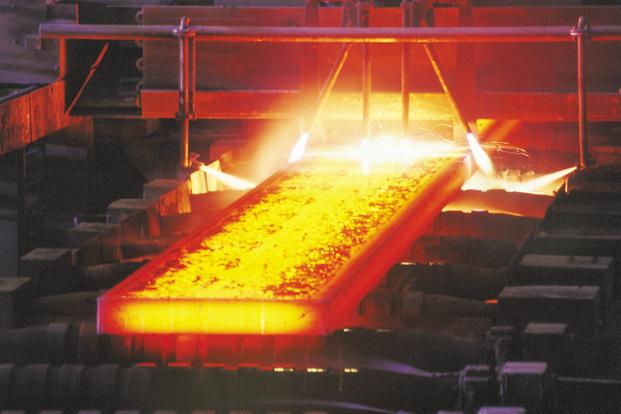 New Delhi: The National Company Law Appellate Tribunal (NCLAT) on Wednesday reiterated that it wants to decide on the eligibility of the resolution applicants Numetal Ltd and ArcelorMittal India Ltd who submitted bids for Essar Steel Ltd before it can proceed to other issues related to insolvency.

“We have to decide whether either the resolution applicants were eligible during the first round of bidding or they were ineligible,” a two-judge NCLAT bench headed by Justice S.J. Mukhopadhyay said during the hearing of cross petitions filed by the two disqualified bidders.

Abhishek Singhvi, arguing for ArcelorMittal, alleged that Numetal Ltd is just a “façade” or a “shell company” formed for submission of a resolution plan in respect of the corporate debtor. This is evident from the manner in which Numetal and Aurora Enterprises (AEL) were incorporated on the same date in Mauritius in 2017. After submission of bids on 12 February 2018, AEL was no longer a shareholder by 21 March 2018, said Singhvi.

Singhvi also argued that ArcelorMittal has taken all the necessary steps to cure its ineligibility under the provisions of Section 29A of the Code by depositing Rs7,000 crore in an escrow account maintained by the State Bank of India (SBI), which leads a consortium of lenders to Essar Steel. However, Numetal has not taken any such steps to cure its ineligibility, he said.

In the last hearing, Mukul Rohatgi, appearing for Numetal, had argued that ArcelorMittal could submit a resolution plan only after “clearing the overdue amounts of Uttam Galva Steels Ltd and KSS Petron Pvt Ltd and attach the receipts” of the transactions.

ArcelorMittal, in its petition, had challenged its disqualification on the grounds that it had exited Uttam Galva before submitting a bid for Essar Steel on 12 February.

Backed by Russia’s VTB Capital, Numetal had also challenged an order that allowed ArcelorMittal to settle the bank dues of its associate companies to bid for Essar Steel.

Essar Steel has a debt of Rs49,000 crore and was referred to the NCLT in June 2017. After the two companies were disqualified by the resolution professional under Section 29(a) of the insolvency code, which prohibits related parties of defaulting firms from participating in the resolution process, the two firms had filed appeals before the tribunal.

On 19 April, NCLT had dismissed the first round of bidding for Essar Steel on the ground that the committee of creditors and the resolution professional did not follow the procedure prescribed under the insolvency code. However, it ruled that ArcelorMittal and Numetal must clear debts in defaulting companies where they hold stakes before bidding for Essar Steel.

Numetal was disqualified on the ground that Rewant Ruia, son of Essar Steel promoter Ravi Ruia, is a beneficiary of a trust that backed Aurora Enterprises, which in turn held a 25% stake in Numetal. VTB is the largest shareholder with a 40% stake. The matter will next be heard on Thursday.