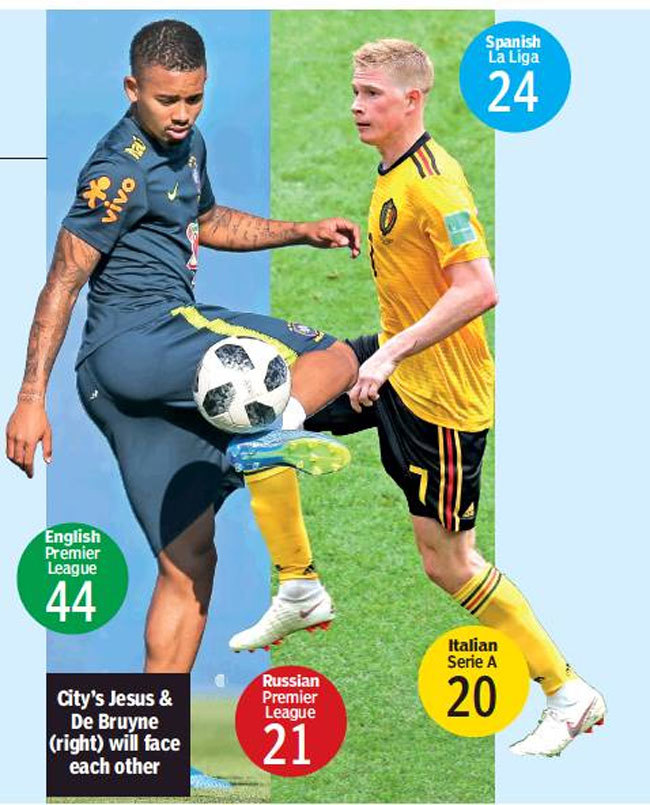 English Premier League clubs continue to dominate the World Cup in Russia, with Manchester City, Tottenham Hotspur, Manchester United and Chelsea set to feature the most players in the quarterfinal stage.

Man City began the World Cup with 16 players and now have 11 left – four each in Brazil and England, two in Belgium and one in France squads. The Premier League champions are closely followed by Tottenham (9), United (8) and Chelsea (8), 11 of whom play for the Three Lions.

The big-spending Paris St Germain also have 8 players left in Russia while La Liga giants Barcelona and Real Madrid – who began the World Cup with 15 and 14 players – are just left with seven and five stars respectively.

When it comes to league representation, Premier League tops the charts with 44 players, with another five plying their trade in the Championship (the second tier in England). La Liga has 24 stars playing, while the Russian Premier League has 21 players making up their national squad.

While England (23) and Russia (21) are the only teams to feature most homegrown players, Belgium have only one – Anderlecht’s Leander Dendoncker – in their team.

ALSO READ: How do the World Cup quarter-finalists compare?