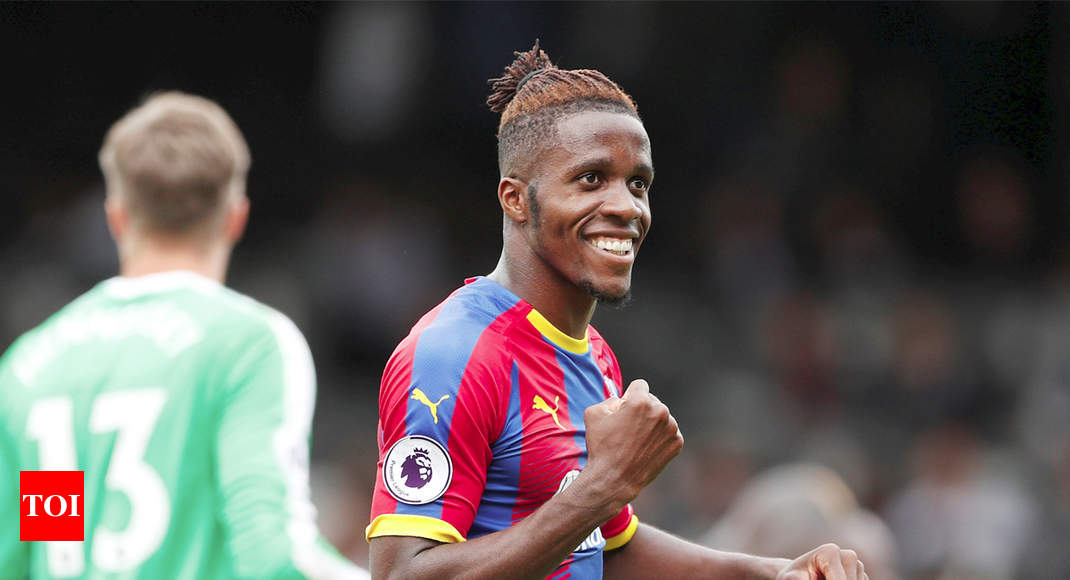 Crystal Palace made a fine start to their Premier League campaign as goals by Jeffrey Schlupp and Wilfried Zaha helped them to a 2-0 win at Fulham in a lively match at Craven Cottage on Saturday.

It was a disappointing return to the elite for Fulham, who were relegated in 2014 and missed a flurry of chances in the first half before they were undone by two superb goals.

Ghanaian midfielder Schlupp struck in the 41st minute with a fierce shot from a tight angle and Zaha sealed the win in the closing stages when he rounded Fulham goalkeeper Fabri and slotted the ball into an empty net.

Palace manager Roy Hodgson was delighted with his team’s second-half performance as the visitors controlled the game after the break.

“I thought we were much better in the second half,” Hodgson told the BBC.

“Fulham played well in the first period and they caused us problems, but our goalkeeper made some good saves. We had better control in the second half and it was difficult for them to come back into it after Wilfried Zaha scored.”

Hodgson also revealed it was a close call to name Wayne Hennessey as first-choice goalkeeper ahead of new signing Vicente Guaita, a decision which paid off handsomely.

“Guaita has been excellent for us in the pre-season and quite frankly it was a toss of the coin between him and Hennessey,” Hodgson said.

“I would have been equally confident had Vicente played but Wayne Henessesy played well last season and there was no reason for him to surrender his shirt.”

Wales keeper Hennessey shone in the opening half, twice denying Fulham striker Aleksandar Mitrovic after he had also kept out a long-range shot from right back Cyrus Christie.

Subdued Palace had only Christian Benteke’s header kept out by Fabri to show for their efforts in the opening 30 minutes, but Schlupp’s goal swung the game after he gave the keeper no chance with a fierce shot on the turn.

The visitors had the upper hand after the break and although Zaha saw his close-range volley kept out by Fabri on the hour, the livewire Ivorian forward made no mistake in the 79th minute after a defence-splitting pass by Aaron-Wan Bissaka.