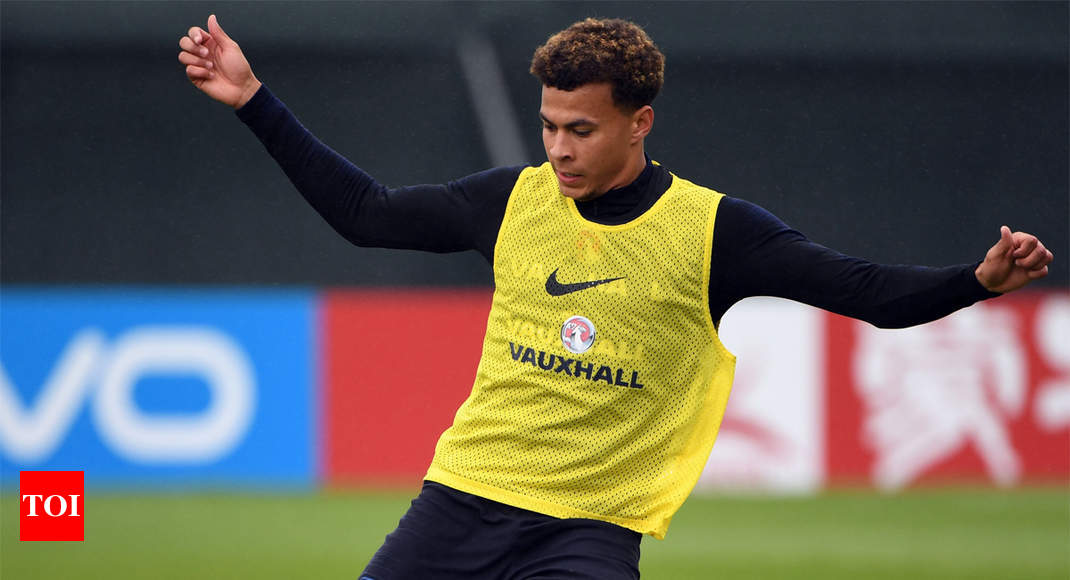 SAINT PETERSBURG: Dele Alli will put his hand up for a penalty if England are taken to a shootout by Colombia in their World Cup last-16 match on Tuesday.

England have lost six times out of seven on spot-kicks at major tournaments, with their coach Gareth Southgate guilty of missing against Germany at Euro 96.

Southgate has had his players practising penalties since March, while also deploying video analysts and psychometric tests in an attempt to buck the trend.

Alli says he wants to step up.

“We’re confident and looking to change things,” he said at England’s training base in Repino on Saturday.

“Everyone wants to step up and help the team if we can. If I’m on the pitch, I want to take one. I’ll ask to try and take one.”

Alli is expected to return to the starting line-up against Colombia, having sustained a thigh strain in the opening game against Tunisia and sat out against both Panama and Belgium.

He will be up against a familiar foe in Moscow, given his Tottenham teammate Davinson Sanchez plays for Colombia in central defence. Sanchez’s primary focus will be stopping Harry Kane.

“Obviously I hope Harry comes out on top,” Alli said. “Davinson’s a great player, a great guy as well. It’s hard not to support him but, as players, there are no friendships on the pitch.

“He’s a great player, but no player is perfect. We know how he plays, we know his strengths, and we’ll look to try and exploit his very few weaknesses.”

England have been pitched against Colombia after a much-changed team lost to Belgium on Friday, meaning they surrendered top spot in Group G.

Southgate has been criticised for conceding momentum ahead of the knockout stages, but Alli disagrees.

“Firstly we have to make it clear the whole squad is the ‘A team’. We’re in this together,” Alli said.

“The boys played well. The manager made a decision and we all back him. We didn’t lose any momentum. We’re all fighting and raring to go, and can’t wait for the next game.”

If England overcome Colombia, they could benefit from a kinder draw in the quarter-finals, where Switzerland or Sweden would lie in wait.

In the top half, they would have met Japan and, if victorious, Brazil or Mexico in the last eight.

“That’s very dangerous (to think like that),” Alli said. “We have to approach every game as if we’re playing the best side in the world.

“Colombia have great talent and are a dangerous side and we have to be switched on to them, nothing more.”

The only absentees were Ruben Loftus-Cheek, who completed his own personal conditioning session, and Fabian Delph, who has flown home for the birth of his third child.