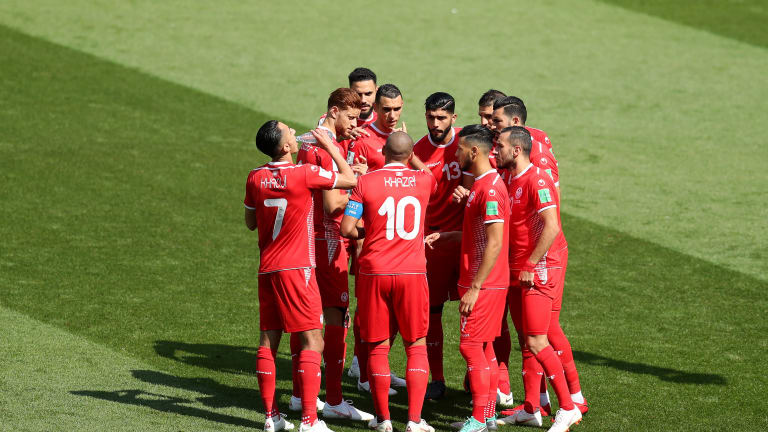 Belgium finished top of Group G after a 1-0 win over England in Kaliningrad, but find themselves in the tougher side of the knockout draw — containing the likes of Brazil, Portugal, Argentina and France — and face Japan in the round of 16.

Finishing second, England take on Colombia, with a potential quarterfinal against the winner of Sweden vs. Switzerland.

Going into the game knowing that qualification was already assured, England manager Gareth Southgate made a number of changes, including dropping captain Harry Kane to the bench and starting Trent Alexander-Arnold at right wing-back.

England made a bright start as Jamie Vardy raced down the right only to see his low cross well deflected by goalkeeper Thibaut Courtois. But Belgium, who also started without Eden Hazard or Romelu Lukaku, had the first real chance as midfielder Youri Tielemans smashed an effort from 25 yards out which was well parried by Jordan Pickford.

Inside 10 minutes, Gary Cahill had to clear the ball off the line as Michy Batshuayi seemed to knock it out of Pickford’s grasp in the six-yard box and England’s set-piece success almost came to the fore again as Cahill headed wide from a corner.

Alexander-Arnold’s surging run down the right saw him deliver a fine cross which Vardy couldn’t direct on target.

With a focus on yellow cards — given the two teams were deadlocked on everything but disciplinary record prematch — Tielemans went into the book on 20 minutes to make the fair play score 4-2 to Belgium.

With both teams not keen to take any risks, little happened before Batshuayi forced a corner which then saw a shot from Marouane Fellaini blocked by Alexander-Arnold on the line.

The crowd entertained itself on half an hour with a Mexican Wave and there were boos heard as England worked the ball back to goalkeeper Pickford. Then cheers from the Belgium contingent as Leander Dendoncker went into the book to make the yellow card count 5-2 for a foul on Danny Rose.

England sat back and Belgium created little, with audible whistles from the crowd at half-time after a first half containing only 14 shots from both sides.

Harry Maguire came on for John Stones at the break, with the Manchester City defender requiring an ice pack on his leg while on the bench.

Vardy did well to win the ball from Mousa Dembele and it broke for Marcus Rashford, but the forward skewed his shot wide. Rashford then showed off some nice skills in the box but fouled Dendoncker while trying to create an opening.

Then Belgium took the lead. With England pedestrian, the Belgium players passed around the defence and Adnan Januzaj beat Rose, cut inside on his left foot, and released an unstoppable shot into the far corner.

Ruben Loftus-Cheek tried to get England back into it with a driving run but he was brought down by Dembele and Alexander-Arnold’s free kick hit the wall.

On 67 minutes, England had their best chance yet as Vardy’s pass sent Rashford clean through one-on-one with Courtois, but the Chelsea goalkeeper got a fingertip to his curled effort to tip it round the post.

A set piece offered another chance as the game ticked into the final quarter, but Maguire’s header back across goal was easily claimed by Courtois.

Belgium seemed happy with their lot, so England pressed and Rashford hammered a free kick over the bar. Substitute Danny Welbeck saw a shot destined for the bottom corner blocked on the line after a corner.

Dries Mertens then had a fine effort from distance parried by Pickford and Fellaini hit the side netting with a wild shot in the final minute.

England didn’t pick up a single yellow card in the game, though Belgium’s win negated the prematch hype around another round of 16 match decided by “fair play.” Southgate’s men failed to find an equaliser but may be happier with their round of 16 draw as a result.