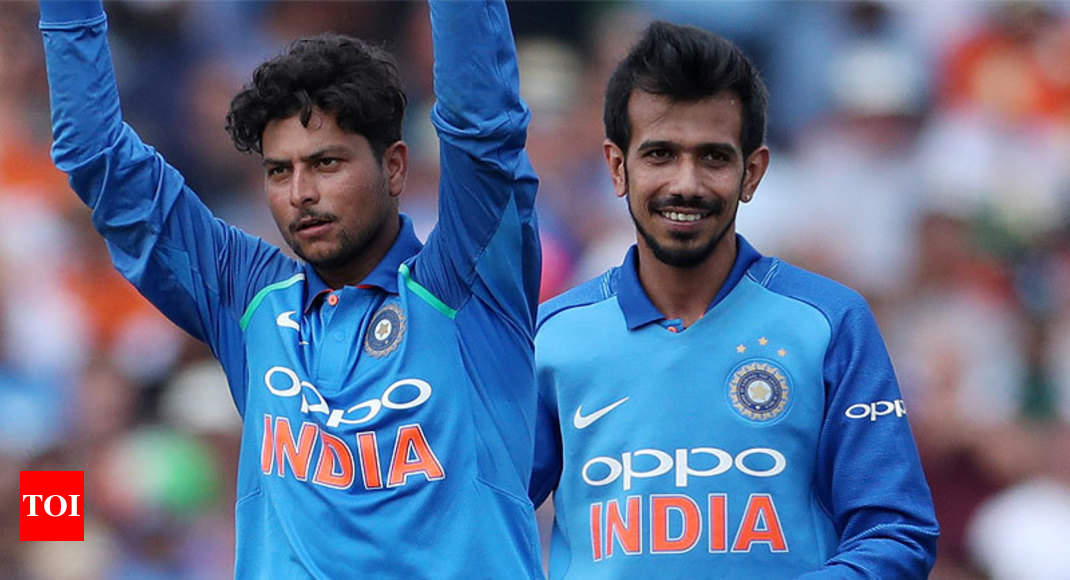 LONDON: England may have cracked the Kuldeep Yadav code, but former left-arm spinner Phil Tufnell says India will be better off playing him in the Test series as well, having done the good thing by picking the “rare” talent in the five-day squad.

Tufnell was full of praise for Yadav, marking him as a rarity.

“You don’t come across too many left-arm wrist spinners. There are a few leg spinners around across all formats. Kuldeep is a rare bowler. When you come across his type of bowling, you need to really work it out because it is something you haven’t seen before. It is a special thing, and a rarity really,” said Tufnell.

When asked if Yadav should be in the playing eleven for the first Test starting in Birmingham on August 1, he replied, “I would definitely play him.”

“It’s a good thing India haven’t sent Kuldeep home. Just look at the weather we have had. I think it is set to be similarly fair for the next month or so. So you never know India might even play three spinners depending on pitches and their combinations.

“India have three world class spinners in their Test squad, but I would definitely think of Kuldeep. I would want him hanging close around the English batsmen,” he added.

With a 2-1 win in the ODI series, England underlined their status not only as the world’s number one ranked ODI side but also the tag of favourites going into the 2019 ODI World Cup.

“This series was a bit about bragging rights. England can raise their neck a bit. You could have said the same about India as well. Beating England here would have given them a bit of up-man-ship if they meet next year.

“And I think they will, because these two sides are poised to make it far in the World Cup. They would meet in a semi-final or final for sure. They are two very good sides, batting deep and possessing clever wicket-taking bowlers.

“So I can see these two teams progressing far in the World Cup. If they meet in the final, it will be a cracker jack. It is a game we would all want to see,” he said.

Tufnell has said that the hosts won the ODI series because their spinners Adil Rashid and Moeen Ali outperformed Indian spinners.

Kuldeep Yadav took 6-25 in the first ODI at Nottingham, but then returned 3/68 and 0/55 in the next two matches at Lord’s and Leeds. Yuzvendra Chahal managed only 2/135 across the three games.

In comparison, Adil Rashid and Moeen Ali shared eight wickets between them to bowl England to victory. Rashid, in particular, was quite impressive with hauls of 2-38 and 3-49 in the last two games where the Indian batting faltered.

He bowled a ripper to Indian skipper Virat Kohli at Headingley, who was bowled and left stunned as the ball turned sharply from leg to take the off stump. That dismissal changed the course of the third ODI as India went on to lose the series 2-1.

“Indian batsmen are very adept at playing spin bowling and have done so all their lives. (But) Rashid and Ali have a very good partnership going at the moment. They are very experienced in one-day cricket and were top of their game with some really dry weather here,” Tufnell said.

“Plus, the pitches have been turning. If the pitches are turning, you have always got a chance as a spin bowler and it doesn’t matter who you are playing against.”

England relied on Joe Root and Eoin Morgan to win the third ODI and clinch the series 2-1.

“… And as that wicket showed to Virat, if it pitches leg stump and hits the top of off, it doesn’t matter how good a player of spin you are. Rashid-Ali have been doing very well for England and have been taking those wickets in the middle parts of the overs.

“Together they tend to take three or four wickets, but also manage to keep the runs down very well. So it gets you in a good position in 50-over cricket where you actually need to take wickets in those middle overs to keep the score down,” the BBC commentator added.

While India got off to a flier at Trent Bridge, the change in fortunes was also down to some stoic batting by England against Yadav. Root put his hand up as he scored back-to-back hundreds in the last two matches.

“Kuldeep started the series very well but things changed at Lord’s. It made a big difference that despite losing early wickets in that second game, England looked to play him on the backfoot and that worked. In the last two games, England showed more calm when the Indian spinners come on first of all.

“When Kuldeep started bowling fuller, they were knocking him down the ground. So the way Joe went changed the momentum of the series and it was a bit of masterclass,” he said.