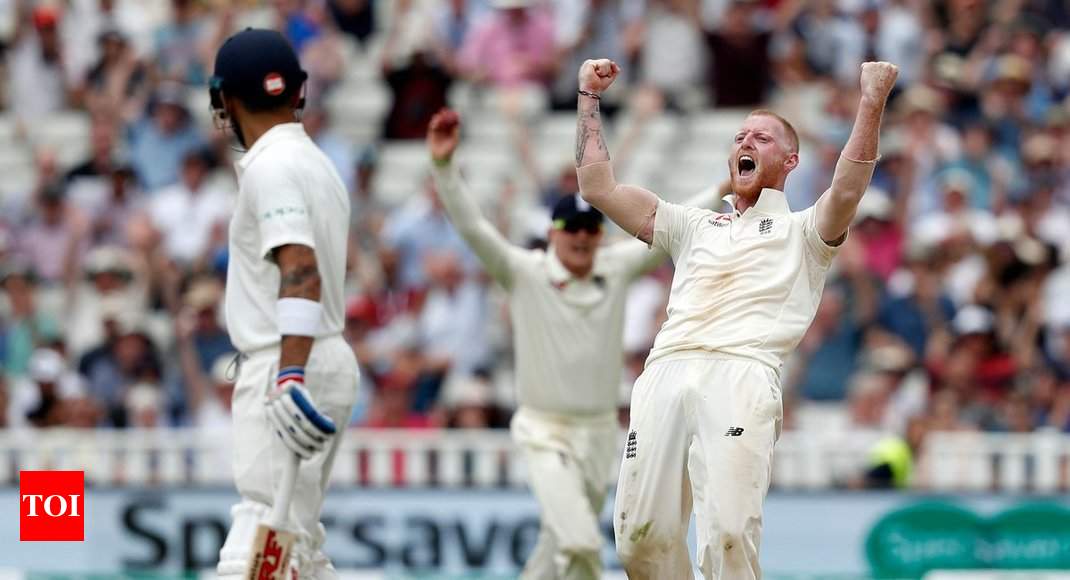 LONDON: Ben Stokes will start the third Test for England against India at Trent Bridge on Saturday just four days after being cleared of affray.

England captain Joe Root confirmed on Friday that the all-rounder would be back in the starting eleven at the expense of the unfortunate Sam Curran, who was ‘Man of the Match’ in the opening Test at Edgbaston.

“It was one of the most difficult decisions I’ve had to make as captain. It’s about us as a squad delivering over five games and on this occasion Sam is unfortunate to miss out,” said Root.

“I have known Ben from being really quite young and I feel very confident he will be able to go out and put in a performance.”

Stokes’ return for the third Test, with England leading 2-0, was always going to be a difficult call for Root with two other all-rounders in the squad playing so well.

After the second Test win, Root had described the selection dilemma as a “great headache” for him but Stokes has been welcomed back into the team’s ranks after his acquittal in the high-profile case.

Stokes had played a big part in providing a winning start with his six wickets, including the prize one of Virat Kohli, in the tight opening Test at Edgbaston.

Yet in his absence due to the court hearing, England were much more dominant in their innings victory in the second Test at Lord’s, with Chris Woakes, the replacement for Stokes, winning the Man-of-the-Match award for his century and four wickets.

Curran had won the same award in the Edgbaston contest for his crucial half-century and five wickets, making it difficult for either him or Woakes to be dropped but it was the 20-year-old Surrey prospect who misses out.

“What Sam has done so far has been nothing short of high class,” said Root.

Woakes is retained after his magnificent effort, as is batsman Ollie Pope who made a decent debut with his 28 at Lord’s.

The 27-year-old Stokes is plunged straight back into the spotlight after an 11-month saga ended when he was found not guilty of affray following the late-night street brawl in Bristol last September after England had won a one day international against West Indies.

Coach Trevor Bayliss has backed Stokes’ return, saying it was “for his own well-being”.

India’s head coach Ravi Shastri faces a very different problem of how to raise spirits with his team, the world’s number one ranked Test side, staring at the indignity of losing the five-match series after just three Tests.

In the first Test to start on a Saturday in England since they played South Africa at the Oval in 1955, India have to improve their batting urgently and will be grateful that captain Kohli, the only one to shine amid the ruins, is fit after suffering back spasms at Lord’s.