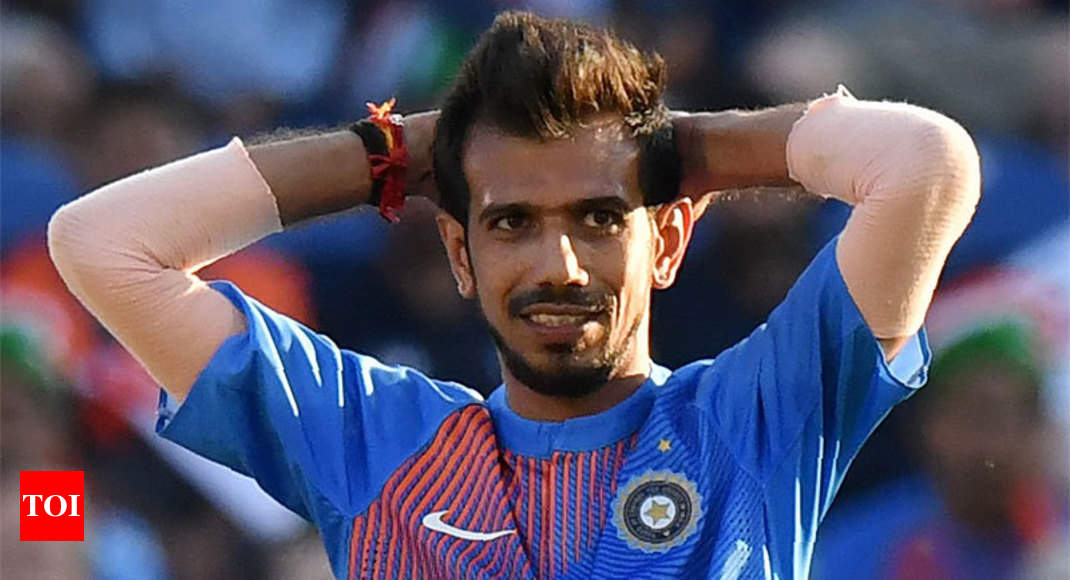 England won the second T20I by five wickets to level the three-match series 1-1. Like his captain Virat Kohli, Chahal too said that playing against Kuldeep Yadav better was key to England victory.

“Kuldeep had bowled really well in the last game but in this game they played him more carefully. They chose which delivery they wanted to play or not play. In the last game they made too many mistakes, but they have also come here to improve and play.

“This time around they took calculate risks against Kuldeep. They did not hit out against him in the first three overs. Only in his last over, they hit out because at that stage we also had a chance to win the game. The fact that with a target of just 150-odd we took the game to the last over means we bowled well,” he added.

The wicket at Cardiff was bit different to the last game in Manchester. There was a little layer of grass owing to which the new ball was flying around.

It was a key factor why India’s top-order didn’t get going after being put into bat and despite Virat Kohli’s 47 off 38 balls, the visitors could only finish with a sub-par 148-5.

“The wicket was a bit helpful for the medium pacers because it was a seaming wicket. There was good bounce. So you will see that neither team was able to score big in the powerplay. You can say that we could have defended 150, if we could have prevented those 2-3 sixes in the end, ” Chahal said.

“During the break, we didn’t talk about being 20-30 runs short. When we scored 150-odd on this wicket, we thought we could defend it. We didn’t think we needed 170-180 here because the wicket was totally different. The ball wasn’t coming that well onto the bat here,” he added.

The third game of the series will be played in Bristol tomorrow. Shorter boundaries at that ground could be a factor too, but Chahal felt that the Indian bowlers, despite missing Jasprit Bumrah, are doing well in the series.

“In the IPL, I play at the Chinnaswamy Stadium and the boundaries here are a little bigger than there. But whenever bowling at short grounds, you have to change your lengths accordingly and bowl fuller on these wickets. I try to vary my pace especially when I am bowling a good length delivery, and I try to bowl a bit slower,” he said.

Talking about Bumrah’s absence, the leg spinner said that Umesh Yadav had filled the gap amply.

“If you see the way Umesh bhai has been bowling from the IPL, and even in the Afghanistan Test, he has been very confident in his bowling. This is only his third international T20 match since 2012 but you can see the maturity level at which he is bowling, both at the start and in the death overs. The kind of start we want in the first six overs, he is delivering wickets for us,” Chahal said.